Despite its name, the Riemenschneider Bach Institute (RBI) is not confined exclusively to the music of Bach. The RBI is also home to a wide variety of late 19th century and 20th century scores. Amongst these works, there is an extensive collection of such as a presentation score of Debussy’s L’après-midi d’un Faune (signed by the composer), a first edition score of Honeggers’s Pacific 231, and an extensive collection of Richard Strauss's scores. Amongst these Strauss scores, there are tone poems, art songs, and operas, some of which are personal copies of Otto Singer (a German conductor, pianist, and composer) and/or first editions. However, one Strauss score stands out in particular—a first edition score of Salome, signed by Strauss himself. 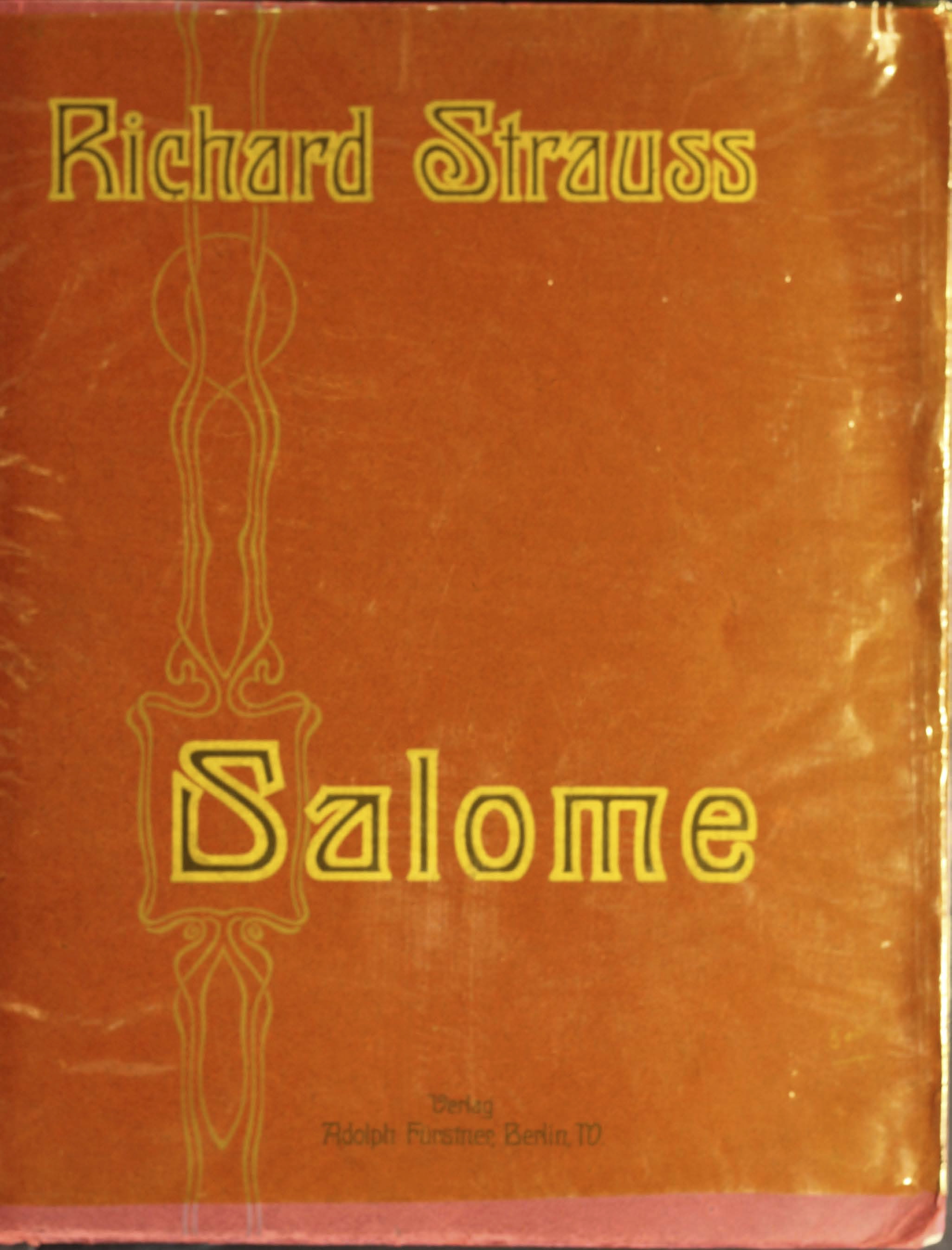 Richard Strauss's opera Salome has become one of the most popular and controversial works in the operatic repertoire. Composed by Strauss between 1903 and 1905, Salome retells a dramatized version of the biblical tale of Salome, the titular character, and her encounter with John the Baptist. The opera takes place in the Palace of King Herod, around 30 A.D., where a party is occurring. After King Herod maliciously glances at Salome— his stepdaughter— she leaves the party and subsequently comes across the imprisoned Jochanaan (John the Baptist). Salome is immediately infatuated by Jochanaan and desires to kiss him, but he is not interested and refuses to kiss her. However, King Herod offers to grant any wish to his stepdaughter if she performs the “Dance of the Seven Veils,” which has since become one of the most iconic parts of the opera. After performing the dance, Salome requests Jochanaan’s head on a platter, which is reluctantly accepted by Herod. Once Salome receives Jochanaan’s head, she is finally able to kiss him without Jochanaan’s unwillingness. At the end of the work, King Herod is not pleased by this act and commands his soldiers to kill Salome.

Although the overall narrative comes from the bible, the plot and libretto of Salome was drawn by Strauss from Oscar Wilde’s play of the same name, which Strauss altered significantly. In comparison to the biblical account, the theatrical retelling is significantly different. For instance, Strauss made Salome, the daughter of King Herod, attracted to John the Baptist; this attraction would consequently lead to the demise of John the Baptist. In the original story, Salome had no attraction to John and the beheading was suggested not by Salome, but by her mother, Herodias. But the theatrical version of Wilde and Strauss differs most significantly from the biblical tale in the overall mood. Strauss's Salome became transfigured into a theatrical spectacle tainted by overt necrophilia, carnage, exoticism, and sexuality. Beyond the diversion from a sacred context, this psychological horror evoked aversion in the operatic, secular audiences; it is perhaps this psychological shock that brought great intrigue and led Richard Strauss to great success as an operatic composer.