Many first edition scores are included in the Riemenschneider Bach Institute's vast collection. Within this collection is Beethoven's fifth piano concerto, also known as the "Emperor Concerto," published in 1811.

Beethoven and his Piano Concerto No. 5 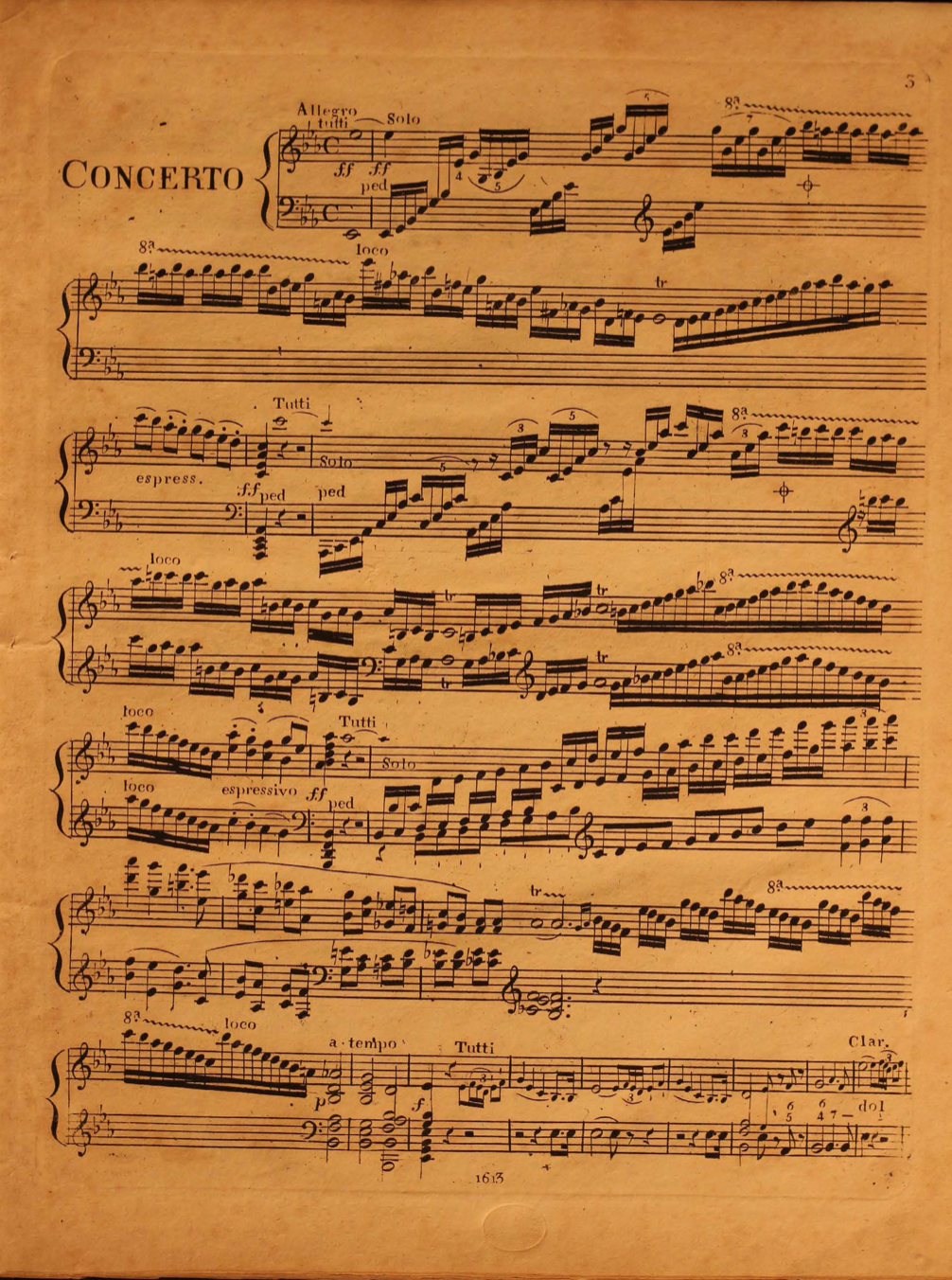 First page of the piano score of Beethoven's Piano Concerto No. 5

Ludwig van Beethoven was baptized on December 17, 1770 in Bonn, Germany, and died on March 26, 1827 in Vienna, Austria. As a child, he studied piano and violin with his father, Johann, who took him out of school at eleven years old to allow him to focus on his musical education. Beethoven’s compositions are separated into three periods: the first period occurs from 1770-1802, the second period from 1803-1814, and the third period from 1815 till his death in 1827. In the first period, Beethoven focused on mastering the musical language and genres of his time. In the second period, he focused more on drama and expression, which made him popular. In his third period, his music became more introspective, and was difficult for performers to play and for listeners to understand.

Beethoven composed his five piano concertos within his first and second periods. Beethoven did not have a financial need to write his fifth piano concerto because he had a yearly stipend of 4000 florins guaranteed by Archduke Rudolph and the Princes Lobkowitz and Kinsky, with the condition that he stayed in Vienna and continued to compose music. The Archduke had a personal stake in Beethoven staying in Vienna because in addition to being his employer, he was also his pupil and friend. Beethoven composed his Piano Concerto No. 5 in 1809, during a struggle for European power in the Napoleonic Wars (1803-1815), which caused the Austrian Imperial family, including Archduke Rudolph, to flee from Vienna. Beethoven did, however, dedicate this piece to Archduke Rudolph. The world premiere of Beethoven’s Piano Concerto No. 5 took place on November 28, 1811, performed by the Gewandhaus Orchestra with Friedrich Schneider as the soloist and Johann Philipp Christian Schulz as the conductor. The Vienna premiere took place the following year in 1812 with Beethoven’s pupil, Carl Czerny, as the piano soloist. Beethoven wrote his first four piano concertos for his own performance, but he had lost too much of his hearing by this point to help premiere his fifth piano concerto with the orchestra.