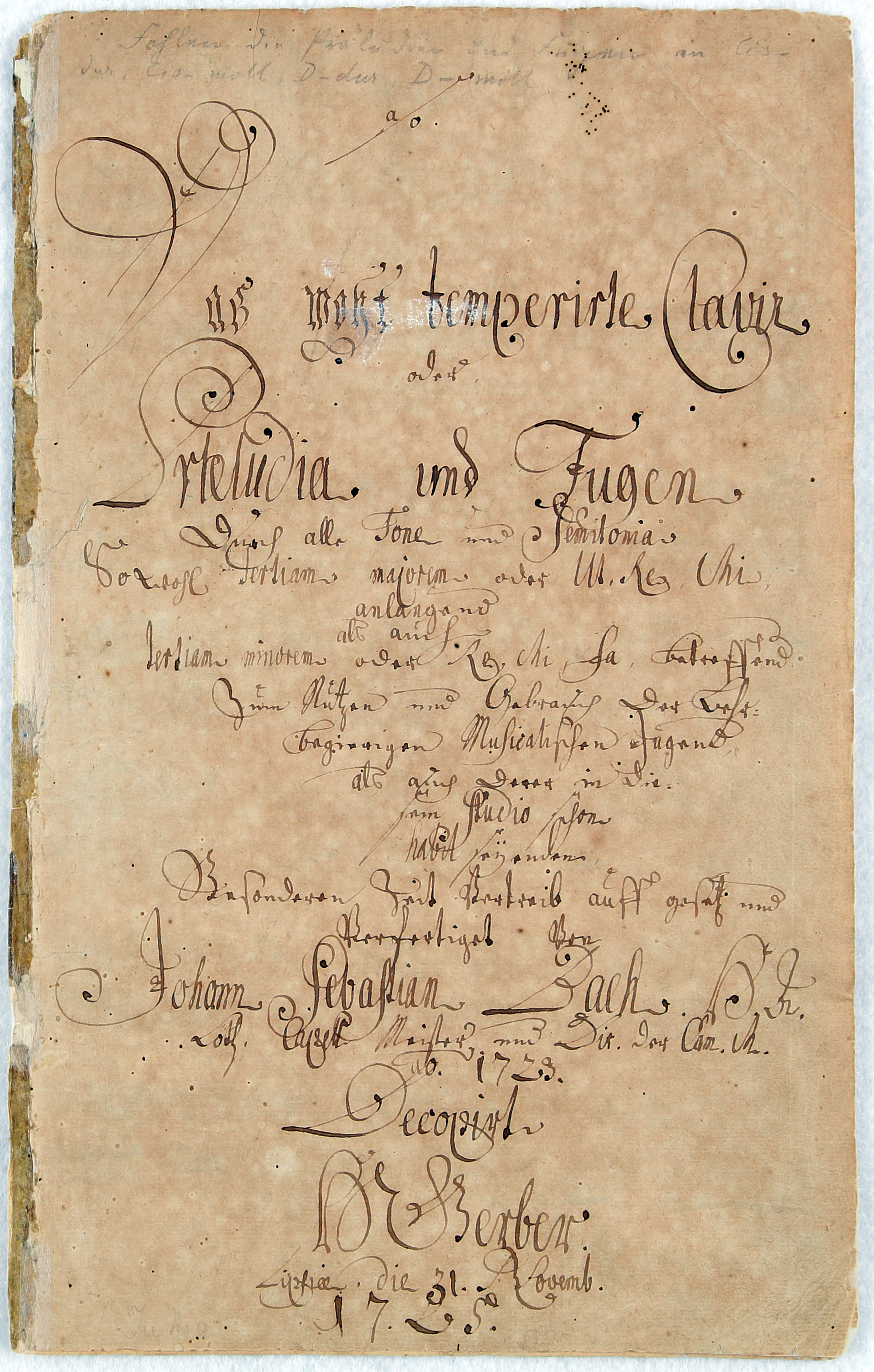 Heinrich Nikolaus Gerber (1702-1775) was, like Bach, a native of Thuringia, from near Sondershausen. He studied organ at a young age with JS Bach’s cousin Johann Friedrich, who succeeded JS in Mühlhausen. In 1724 he moved to Leipzig to study law and eventually became a private pupil of Bach. Despite only being with Bach for a few years, Gerber provides us indirectly, through his son, with the best evidence of Bach’s approach to teaching. Ernst Ludwig Gerber wrote of his father in his Historical-Biographical Dictionary of Composers, where he describes Johann Friedrich Bach as a “musical genius” but also as a “drunken organist”. More significantly, Ernst Ludwig relates that his father’s study with Johann Sebastian covered organ, counterpoint, and figured bass. Bach had Gerber learn first his Inventions, then some suites, culminating with the Well-Tempered.

Upon leaving Leipzig, Gerber returned to the region of his birth, taking a position as organist in the small town of Heringen. In 1731, Gerber was appointed court organist at Sondershausen. He would remain there until his death in 1775. Gerber wrote a number of keyboard works and church music, though relatively few survive. He also taught composition and keyboard to many students. Gerber was succeeded by his son, Ernst Ludwig, who held the post until his own death in 1819. The younger Gerber also composed and taught, but was best-known as a writer. Material from his Historical-Biographical Dictionary of Composers, first published in 1790 and later expanded, was incorporated into dictionaries in French and English.