A PDF of the complete manuscript (pre-treatment) is available at https://digital.opal-libraries.org/digital/collection/p16708coll9/id/37/rec/14.  If you require a high-resolution scan of an individual page or for any questions regarding the manuscript or the Riemenschneider Bach Institute, please contact Conservatory Librarian Paul Cary at pcary@bw.edu. 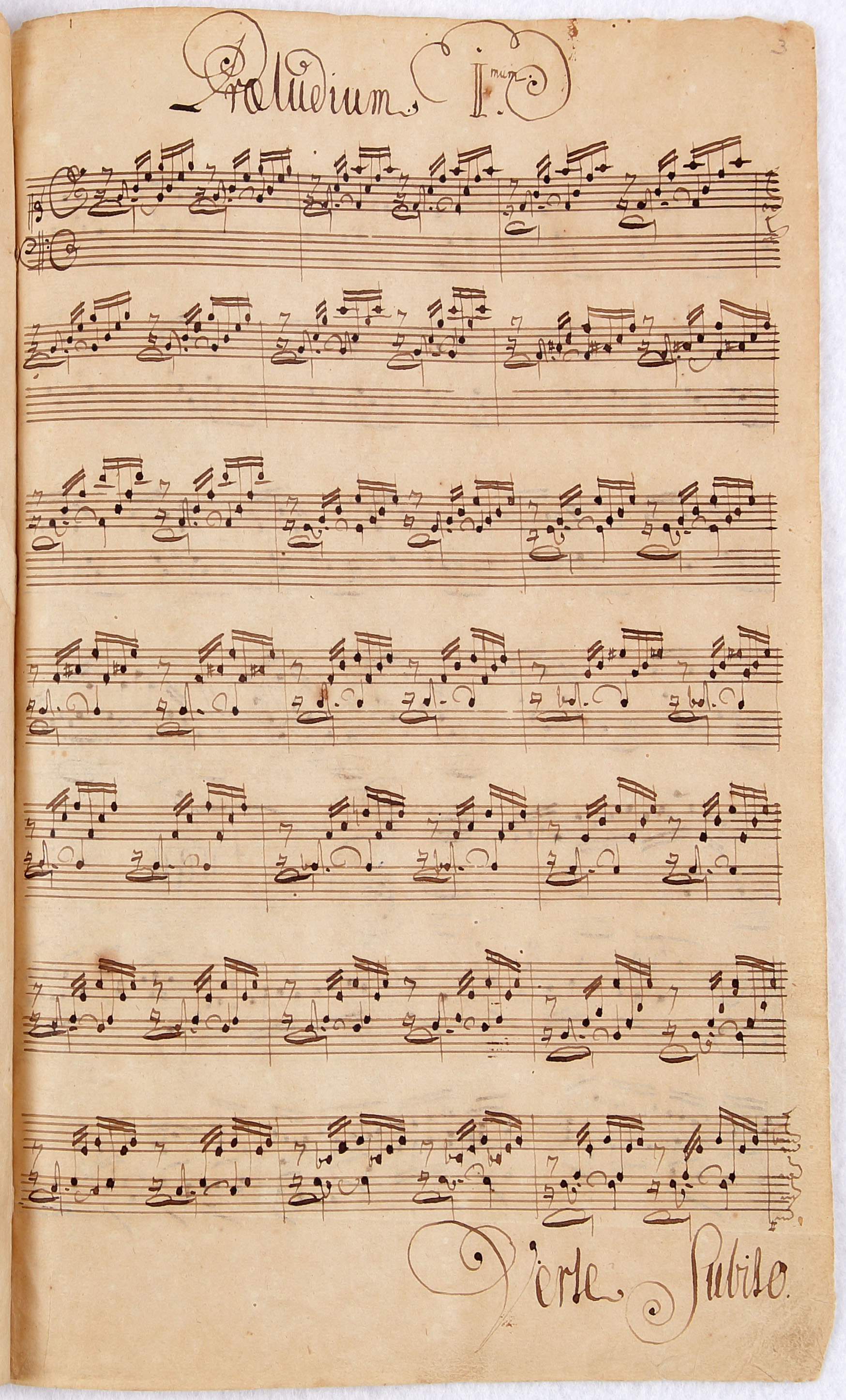 The image below shows the watermarks (and their respective countermarks) from the three different papers used in the Gerber manuscript. 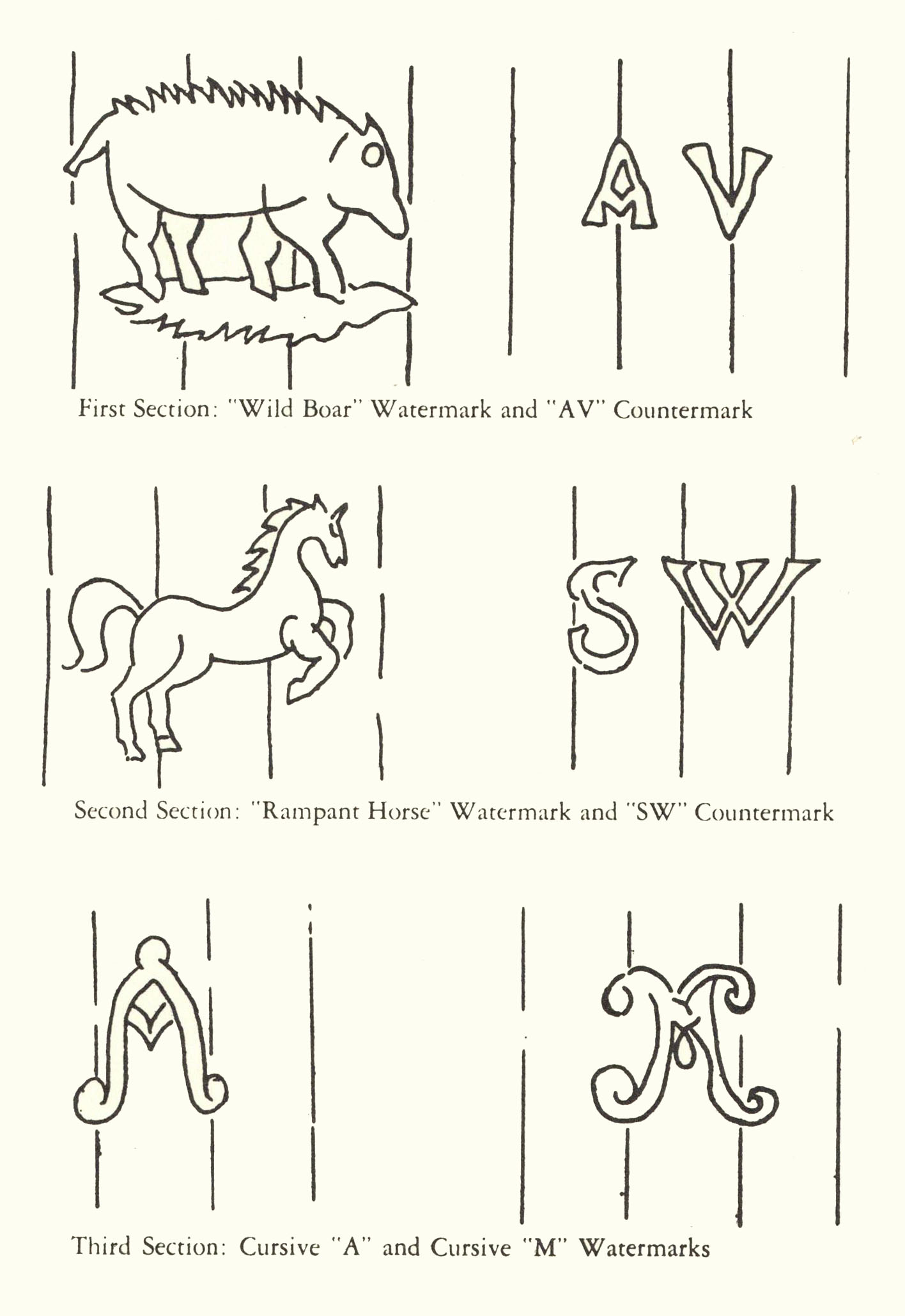 Very few of Bach’s works were published during his lifetime, so manuscripts by the composer and copies by his family, colleagues, and pupils were crucial in preserving his music and passing it on to new generations. Heinrich Gerber played an important role in this transmission. Gerber copied many of Bach’s keyboard works, including the Inventions and Sinfonias, the French Suites, some of the English Suites, the Well-Tempered Clavier, and various smaller works.

Gerber began copying book one of the Well-Tempered Clavier in November 1725, presumably under Bach’s supervision and as part of his studies. The manuscript consists of forty-one leaves (sheets) in three parts, on three different types (and sizes) of paper, and in two different hands. Leaves one through five, containing the title page and the first two preludes and fugues were written by Gerber shortly after beginning. Gerber appears to have put the manuscript aside for some years, and the next twenty-four leaves were written during the 1730s, after Gerber had left Leipzig. The remaining twelve leaves are in the hand of an unidentified eighteenth-century scribe. The manuscript is missing the preludes and fugues in C-sharp major, C-sharp minor, D major, D minor (numbers three through six) between parts one and two of the manuscript.

It is clear that Gerber modeled his copy closely on Bach’s, but Gerber’s hand is somewhat more flamboyant than the master’s. Note the unusual size, shape, and alignment of the half-notes on this first page and compare it to Bach’s autograph on the leftmost tab of this guide. Gerber’s “youthful exuberance” (G Herz, Bach Sources in America, 200) can also be observed in the lettering at the top and bottom of the page.