One of the most revered items in the Riemenschneider Bach Institute (RBI) is the score of Johannes Brahms’ Ein deutsches Requiem, nach Worten der heiligen Schrift (1868, A German Requiem, To the Words of the Holy Scriptures), marked by his own hand. This score was purchased by Emmy Martin in 1938 and donated to the RBI. 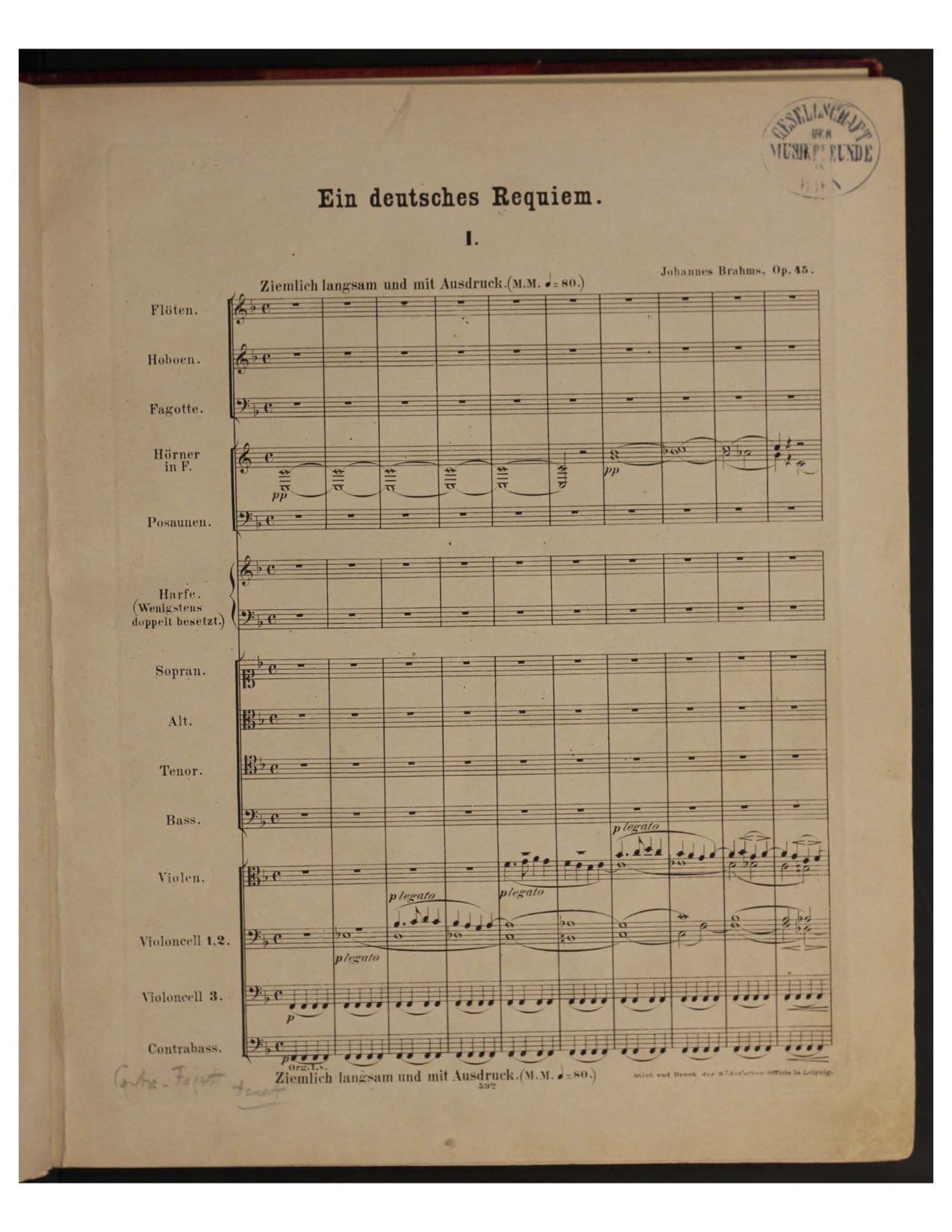 The image above is the first page of music in the composer-annotated score of Johannes Brahms’ German Requiem Op. 45. The Riemenschneider Bach Institute expresses its thanks to the Gesellschaft Der Musikfreunde of Vienna for preserving it and the Emmy Martin Estate for making it available to the world.

Johannes Brahms spent three years writing the German Requiem. After its debut in April 1868, one last movement was written, inserted as the fifth movement. Performances of the German Requiem established Brahms as a major composer after he received positive responses from critics and audiences alike. Raised Lutheran, Brahms chose to forgo the expected Roman-Catholic Latin text and instead utilize the text from the German Lutheran Bible. His text focuses on themes of mortality, loss, comfort, and blessing. Through his use of counterpoint and expressive text-setting, Brahms draws heavily on the work of Bach, one of his main influences. At this point, Brahms did not consider himself religious; therefore, he sought to keep mentions of God from his requiem. Even in the final moments of the piece, he is reflective on life rather than looking to a heavenly source for peace.