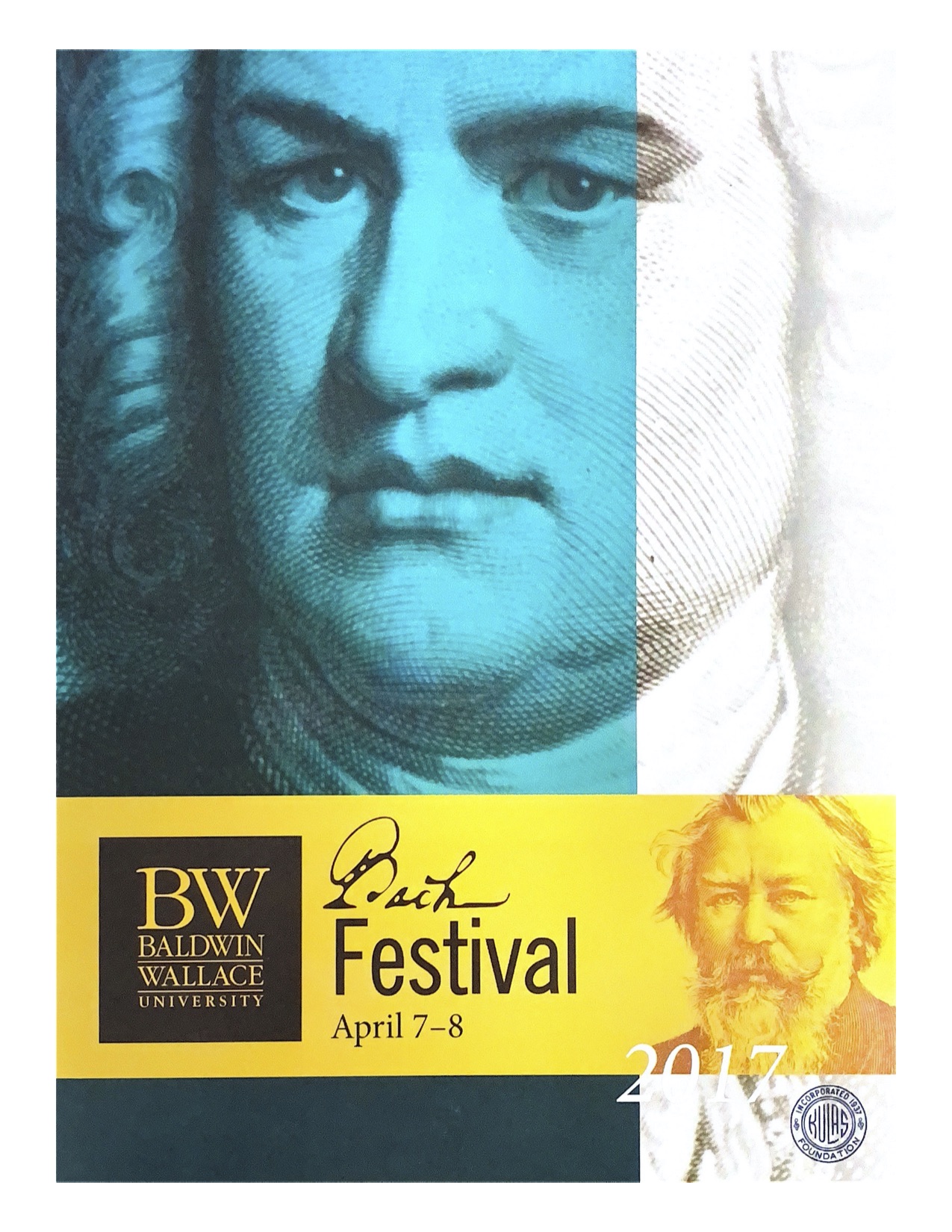 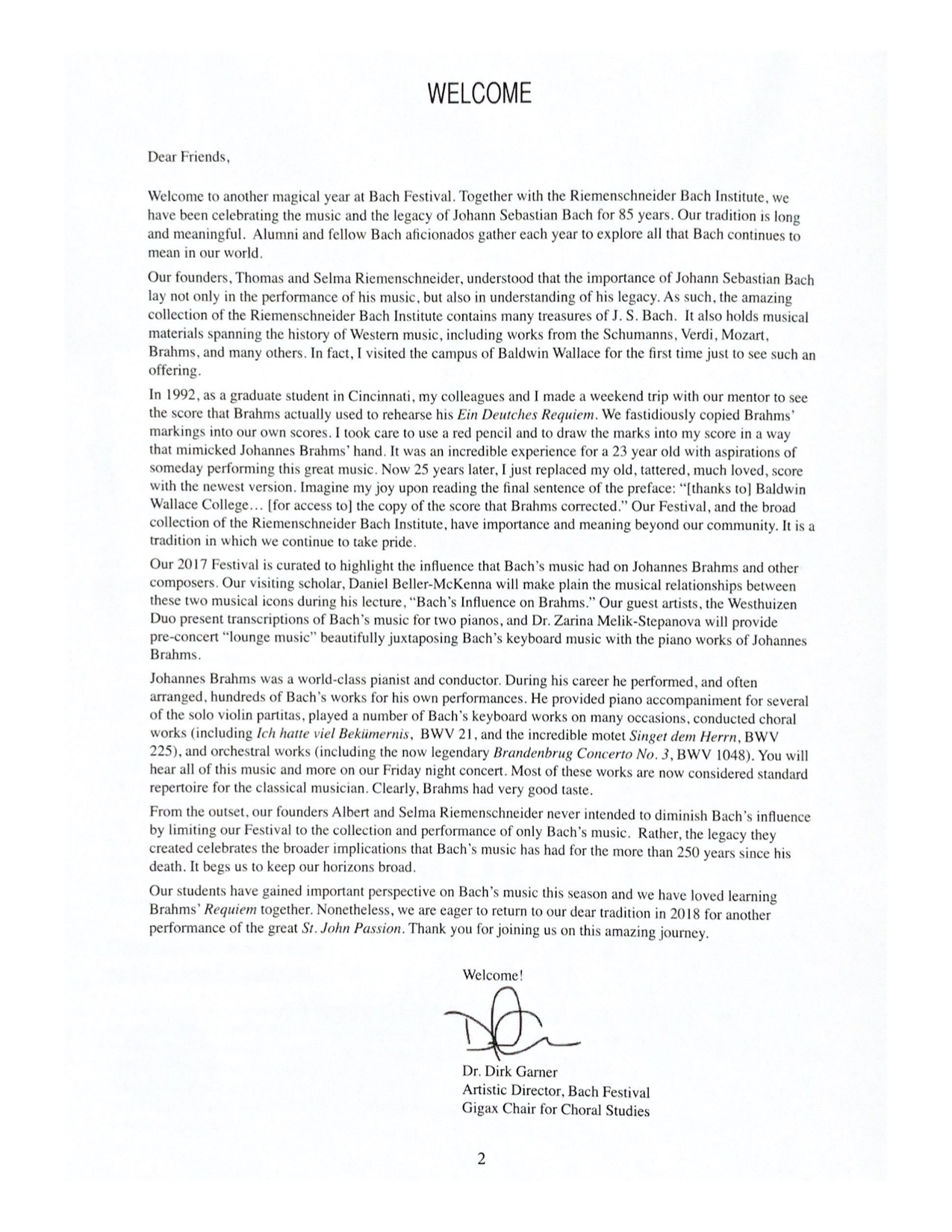 Brahms at the Bach Festical

Typically, the Baldwin Wallace Bach Festival features a keynote performance in which one of Bach’s four major choral works is presented. In 2017, however, the major work of the BW Bach Festival was Brahms’ German Requiem. Brahms’ music was heavily influenced by Bach. Although he wrote with nineteenth-century harmony and style, he incorporated many of Bach’s traits, such as counterpoint and chorale-like melodies. The evidence of Bach in Brahms’ music makes his German Requiem a great choice for performance at the Bach Festival. The Festival not only celebrates the music of Bach himself, but also the long lasting impact it had on the classical music world.

Shown here is the front cover of the 2017 Bach Festival program and the welcome letter on the second page written by the Bach Festival Artistic Director, Dr. Dirk Garner.  A portrait of Brahms is seen in the lower right corner of the cover to accompany the main portrait of Bach.  In the welcome letter, Dr. Garner discusses how Bach has influenced many composers and how this influence is an important aspect of the Bach Festival.  He also points out that he eagerly copied all of Brahms' markings into his copy of the score and applied these notes to their performance, something few conductors have the opportunity to do.