History of the Score

The preservation of this score is due to the foresight of the Library of the Gesellschaft Der Musikfreunde of Vienna, who sold it to the Offices of Charles Scribner’s Sons of London in 1938. The score was sold to protect it from the dictatorship of the Nazis, and most likely prevented it from being burned. 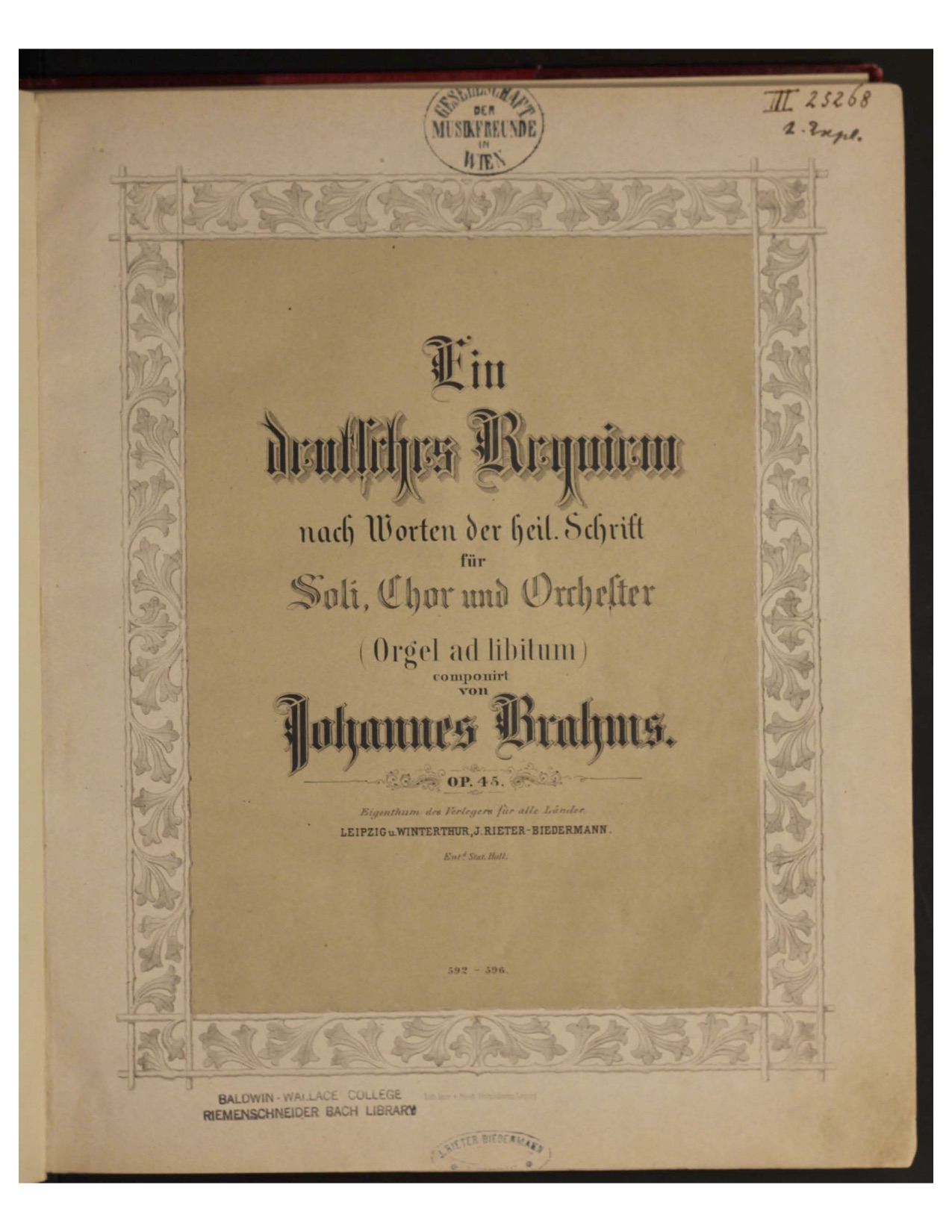 This score has an unusual history of making its way to the Bach Institute, and without these unusual circumstances, it probably would not have ended up here. As shown in the photo, there are stamps and accession numbers from its time at the Gesellschaft Der Musikfreunde. In 1938, Nazi Germany was rapidly taking over Europe. It is probable that in February of that year, libraries, museums, and the like were in a frenzy, as the fall of Austria was fast approaching. In March, Austria fell to Nazi rule. In that month, manuscripts, first editions, and “association” copies (copies which once belonged to, or were annotated by, the author) were packaged in cement and steel and taken into a vault in the city center. The score now present in the RBI was not a known association copy at the time and was hastily sold to London for safekeeping. A few months later, the score was purchased by Emmy Martin and brought to her in New York City.  Martin later gifted the score to the RBI.

This copy is said to have markings in Brahms’ own hand. Experts believe his markings are those in the orange-red pencil, and some of the graphite pencil markings are consistent with his handwriting.

In the score, Brahms wrote in soprano, alto, tenor, and bass clef for each of the choral lines, respectively. While this practice is commonly thought of as medieval, it did not actually begin to disappear until late in the nineteenth century. Eventually, the top three clefs will be replaced by treble clefs, with the tenor line marked 8vb.