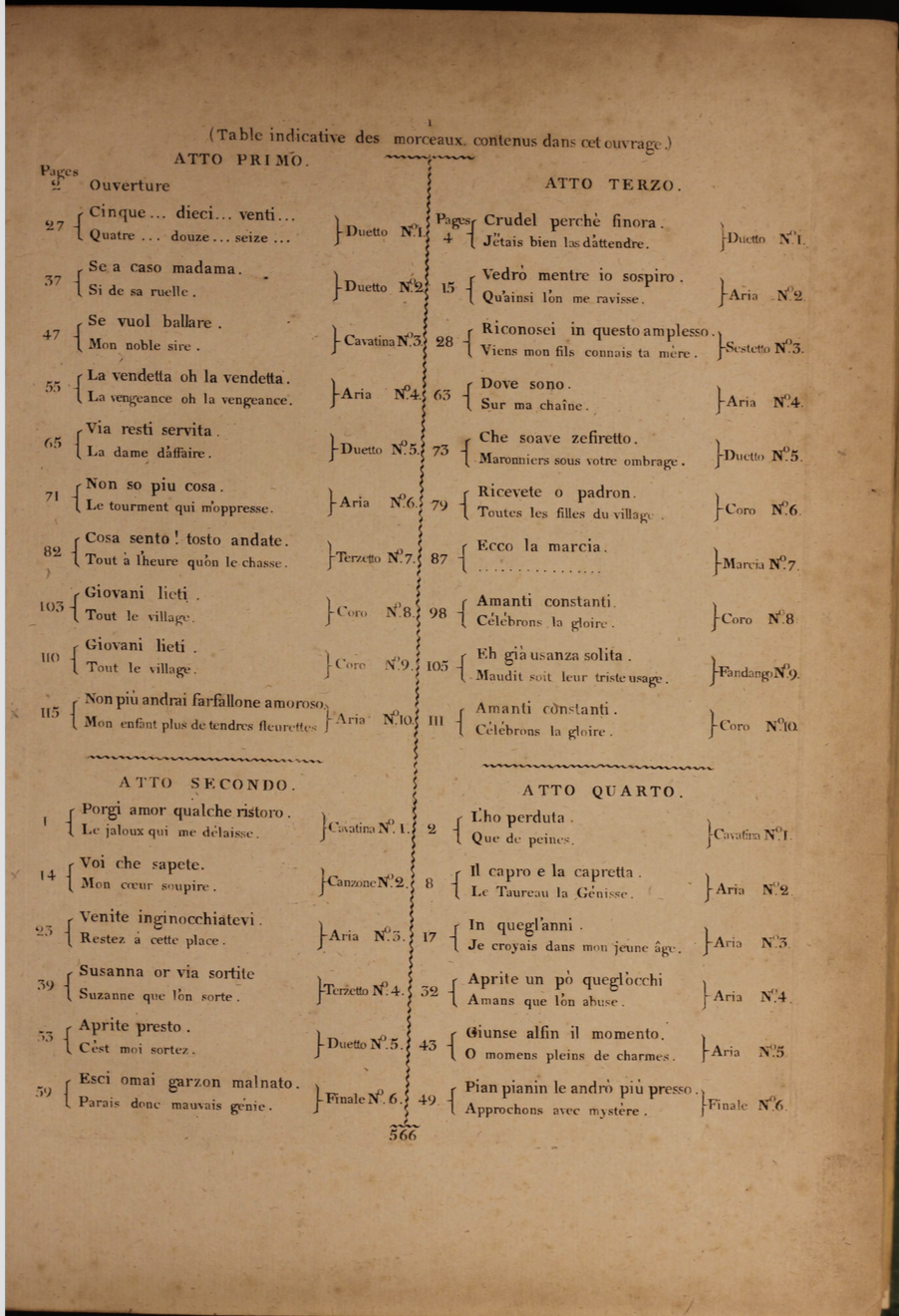 The Marriage of Figaro

Le nozze di Figaro is part of Mozart's "Da Ponte" period, which gets its name from librettist Lorenzo Da Ponte, one of the poets in the Viennese imperial court. Mozart was invited to write opera buffa by Emperor Joseph II. This opera is the "sequel" to the play Le Barbier de Séville written by Beaumarchais (which later was turned into an opera by Rossini). Beaumarchais' play of The Marriage of Figaro caused political troubles in Paris. Because of this, the Viennese Emperor was hesitant to grant Mozart permission to compose an opera based on it. However, Da Ponte erased most political implications in his libretto. Paired with Mozart's delightful composition, the opera was a hit. Le nozze di Figaro was performed seven times in Vienna before moving to other places such as Prague, Paris, and parts of Italy. During its premier, it is noted that Mozart had some competition from other composers and librettists, and partisans of these figures would cause noise and disruption during performances. Despite this, Le nozze di Figaro continued to be a success, and helped Mozart out of some financial struggle.

This Version of Le Nozze Di Figaro was published in 1810 by Au Magisin de Musique and was performed in Paris, France. It is part of the Emmy Martin Collection. We are unsure of how it arrived at the RBI, but its French qualities and the list it gives of specific performers are notable.