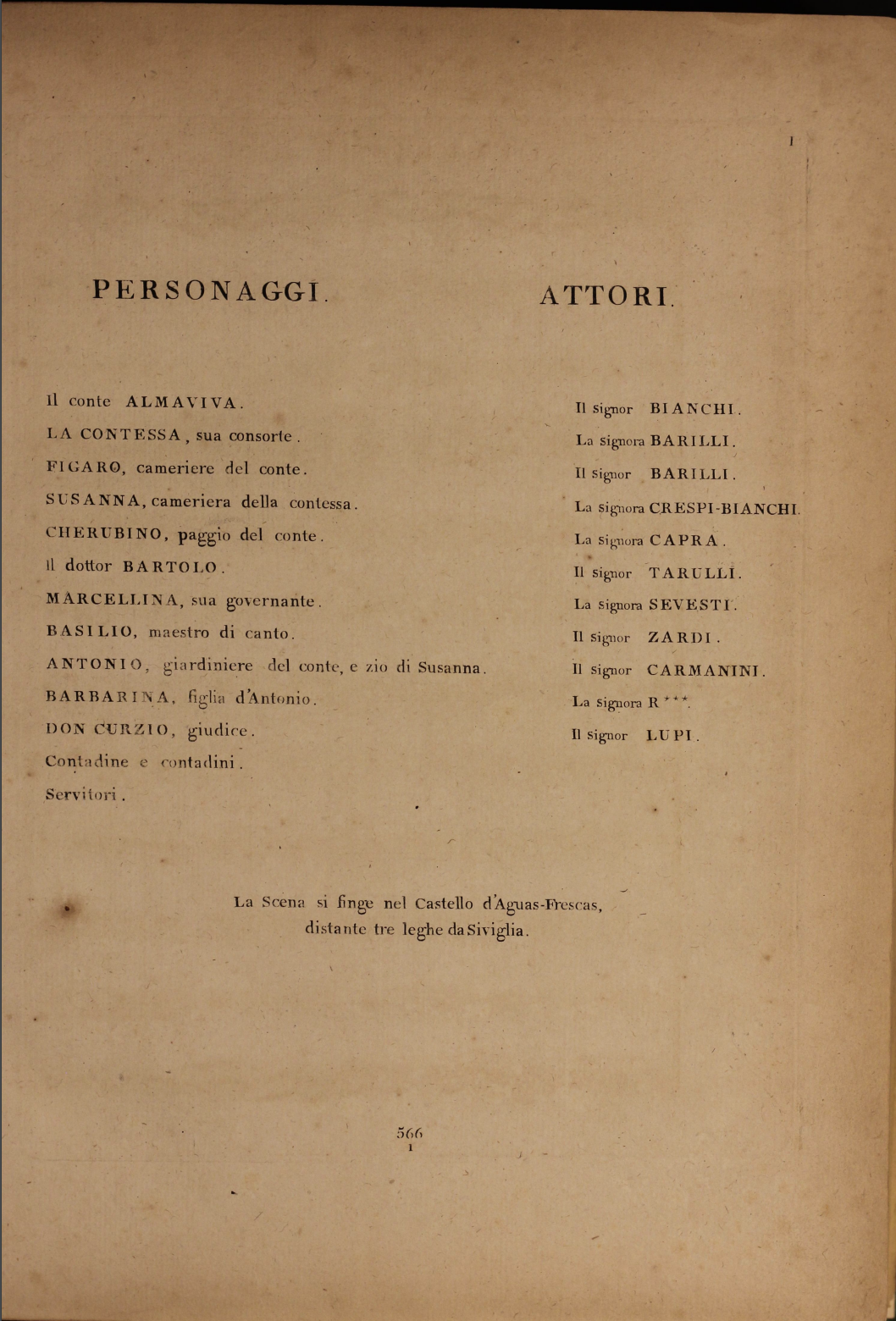 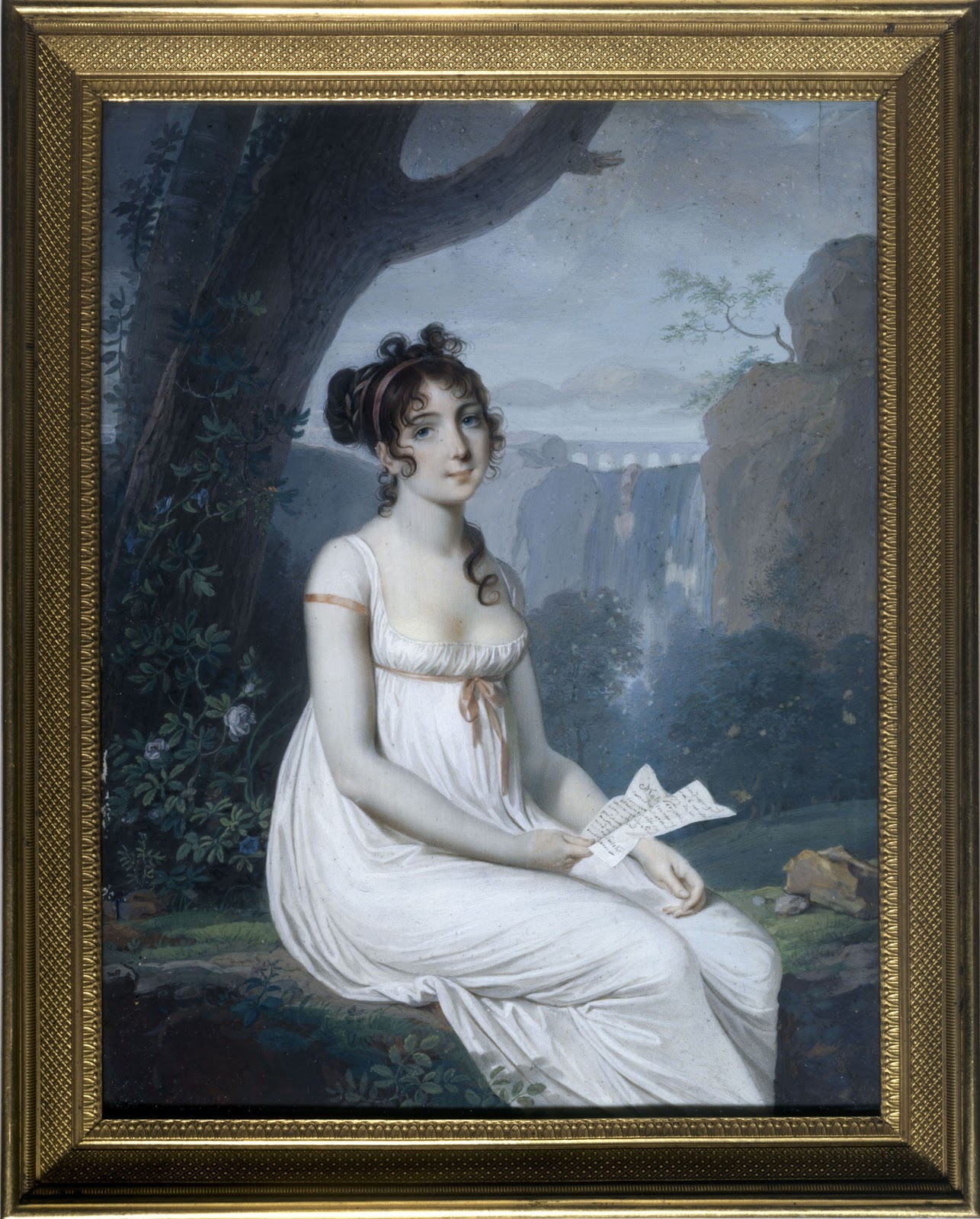 Women in the eighteenth century were normally not accepted as musicians as it was seen as improper for a woman to “exploit” herself in that way. However, some women were able to break the stereotype by becoming performers, as female singers were essential in opera. In this production of Le nozze di Figaro, Carolina Crespi-Bianchi performed as Susanna. Though she married popular male performer Eliodoro Bianchi, she made a name for herself before marrying him, as her mother, Luigia Prosperi-Crespi, was an opera singer. The two met through performances at the “Theatre Italienne” in Paris between 1805-1808. It is humorous to note that this performance of Le nozze di Figaro was performed in 1810, so the two would have been married, and played the protagonist and the antagonist as Susanna and Count Almaviva.