The following link leads to the digitized score: https://digital.opal-libraries.org/digital/collection/p16708coll9/id/46/rec/1 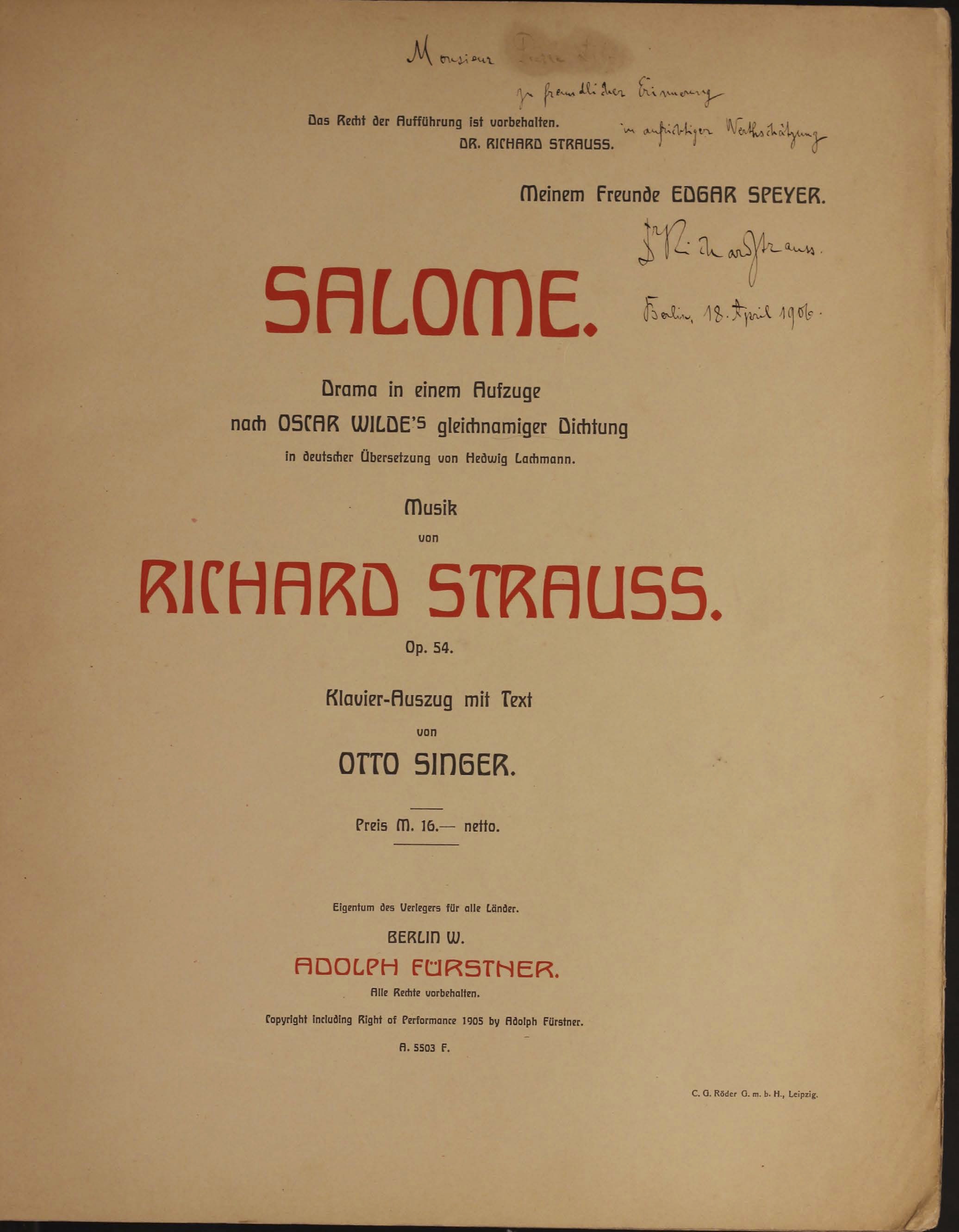 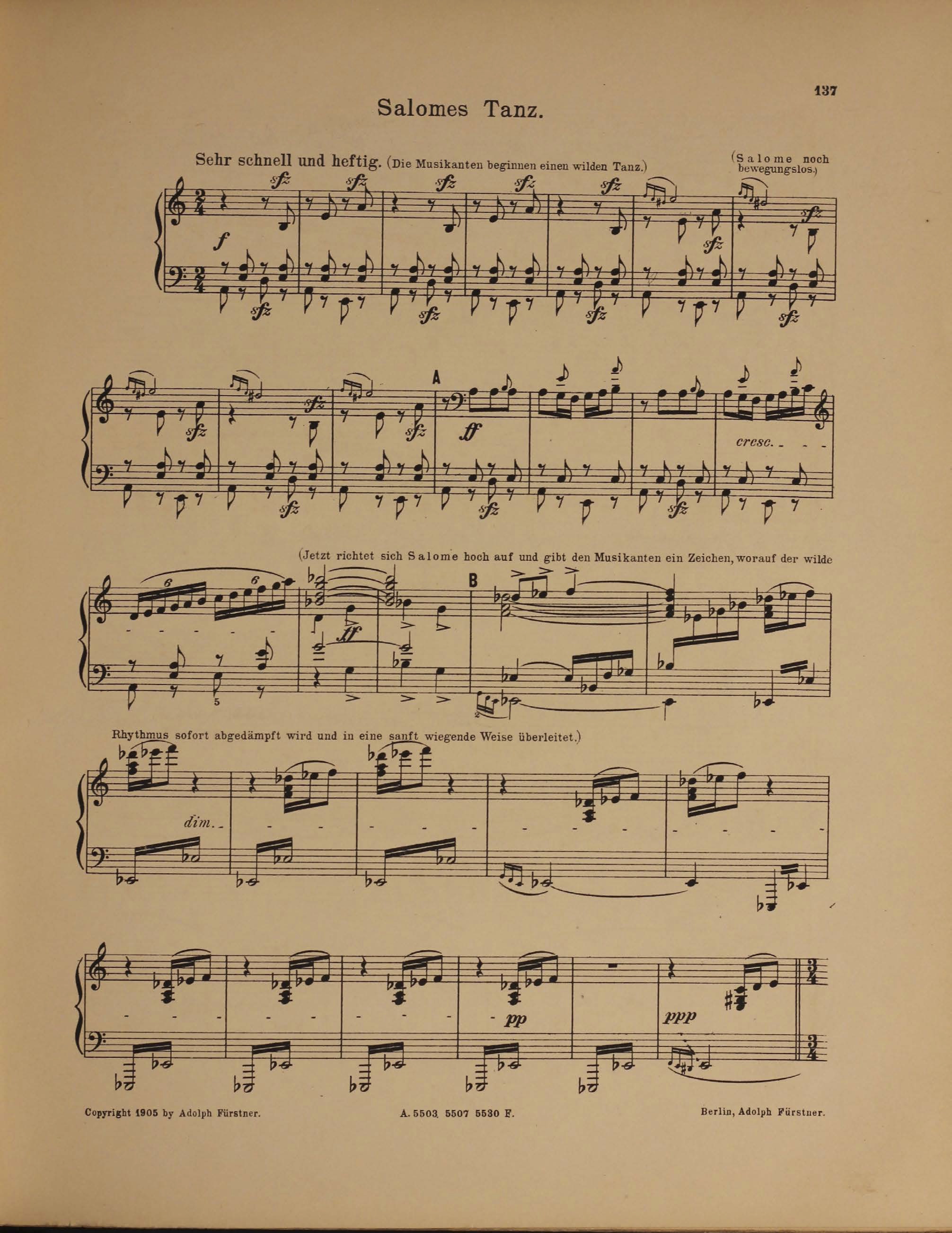 This first edition score of Salome, whose ornate cover draws the viewer in before they even open it, is, for the most part, lacking any annotations in its pages. However, on the title page of the score, there is writing that comes from Richard Strauss. This autograph reads "zu freundlicher Erinnerung in aufrichtiger Wertschätzung," which roughly translates as "with fond remembrance and sincere appreciation." The writing appears to be a statement of well-wishing from Strauss to Pierre Lalo, a French music critic. At the end of the autograph, Strauss presents the date of the signature as April 18, 1906. Strauss addressed this presentation copy to Lalo only a few months following the opera’s world premiere on December 9, 1905, which took place in Dresden. Additionally, someone— possibly Strauss— has evidently attempted to redact Pierre Lalo’s name in the greeting, where it seems to say “Monsieur [Pierre Lalo]”. Aside from this annotation, no other writing occurs in the score.