A PDF of the complete item is available at https://digital.opal-libraries.org/digital/collection/p16708coll9/id/82/rec/7 (violin part) and https://digital.opal-libraries.org/digital/collection/p16708coll9/id/83/rec/8 (piano score). If you require a high-resolution scan of an individual page or for any questions regarding the item or the Riemenschneider Bach Institute, please contact Conservatory Librarian Paul Cary at pcary@bw.edu. 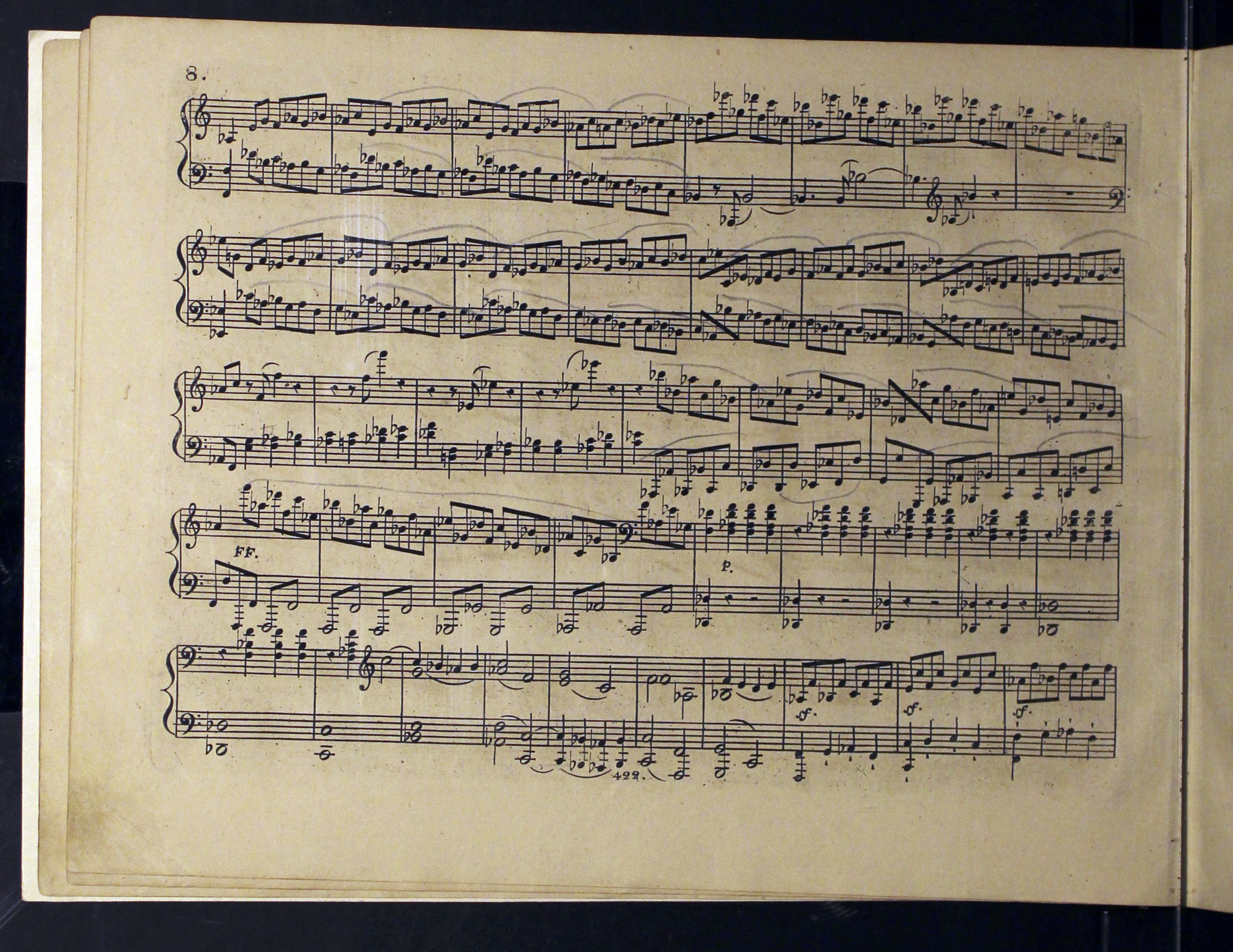 Early Edition of The Kreutzer Sonata

This early edition of the Kreutzer sonata published in 1805 is split into two parts, the violin score and piano score. Something of interest to note in the piano score is that unlike contemporary printings, the violin part has been omitted. This means that the pianist at the time would be equipped with no visual reference when playing together with the violinist.

Throughout the piano score, there are several black ink cracks in the paper. This can be seen on page 30 in between the third and second to last line on the page. This was due to the way the score was printed, where the person printing it would place a plate on top of the paper. At times, the plates had cracks in them, which caused the black lines in the score. On page 8 there appear to be pencil markings indicating slurs throughout eighth note runs in both the treble and bass clef.

The first page of the violin part has the signature “A Pollak." It has not been discovered who this individual might be. This is unusual considering that the Kreutzer Sonata is a very difficult work for violin and would most likely not be attempted by amateurs. If “A Pollak” was a professional musician, it appears that nothing has been documented of his existence. Something of interest that can be seen in the violin part in terms of notation is on the first page of the final movement (pg 9). In the sixth line down, 5th measure over, two eighth rests are used to indicate one quarter rest of silence instead of just a quarter rest. This is quite unusual in contemporary notation and may have been used to help the musician visualize compound meter more effectively.