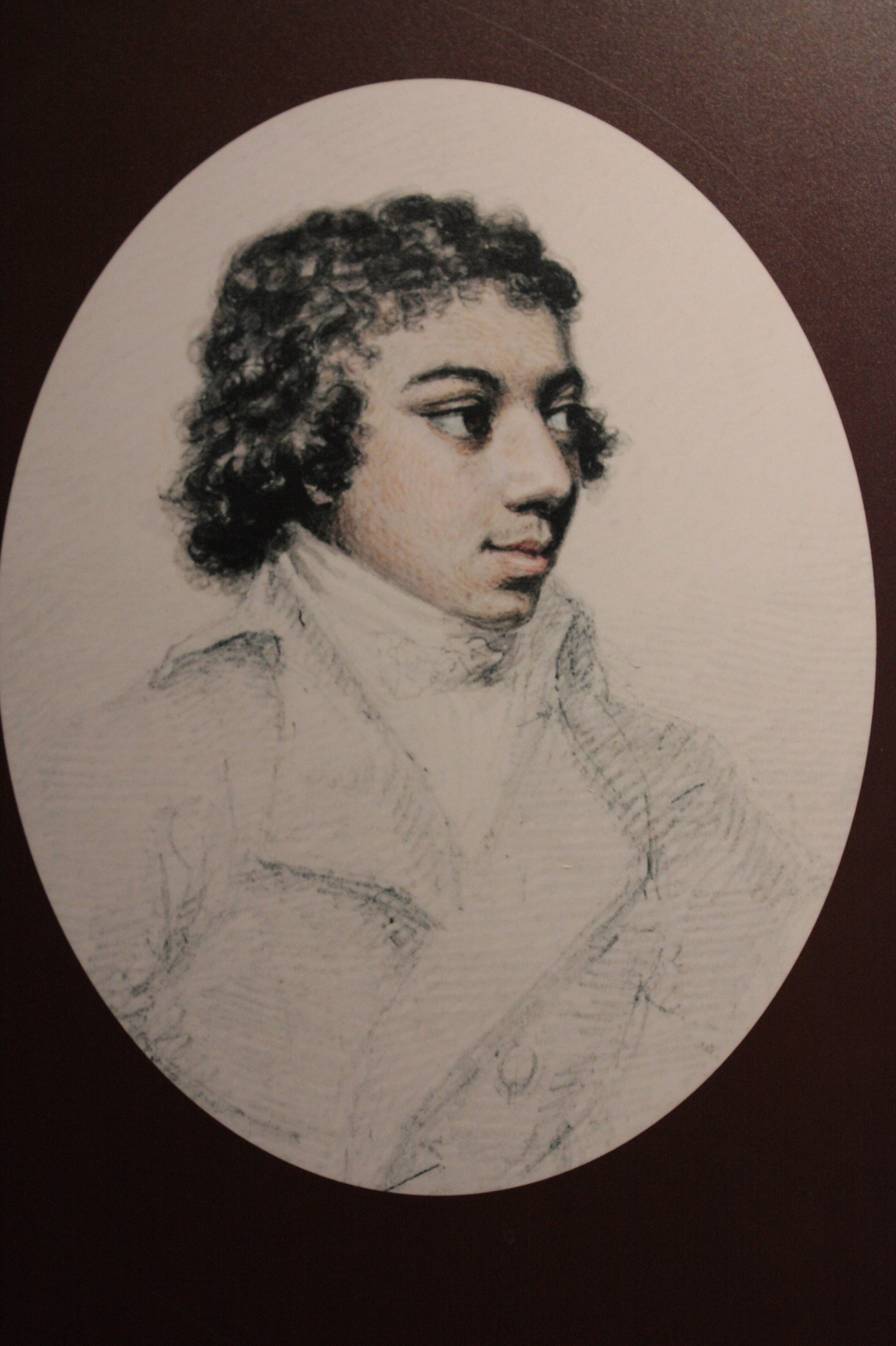 George (Augustus) Polgreen Bridgetower was a Black virtuoso on the violin. He was born in Biała Podlaska, Poland on October 11, 1778. Bridgetower was the son of a European mother and a West Indian father. Bridgetower’s father proclaimed himself to be an “African prince,” which he later used to market his son as a violinist to evoke exoticism. On April 11, 1789, Bridgetower performed his first concert as a violinist at the Concert Spirituel in Paris. He then moved to England and over the course of the following decade became a well-known violinist. In 1803, his playing was introduced to Beethoven, which eventually led to what is now known as the Kreutzer Sonata. The piece was originally dedicated to Bridgetower, but Beethoven decided instead to dedicate it to a French violinist by the name of Rodolphe Kreutzer during its publication because Bridgetower insulted a woman Beethoven admired. After his quarrel with Beethoven, Bridgetower continued to travel and perform throughout Europe. He passed away on February 29 1860 in London.

Something that was obviously unique about Bridgetower was his Afro-European ethnicity. Slavery in England was present until 1833, which meant it was highly unlikely for an Afro-European individual to become as successful as he did. Several factors contributed to this. The factors include his father’s capitalizing on his ethnicity, which gave him an aura of exoticism at the time, Bridgetower’s good education, which was very important in determining social status, and talent for playing the violin, which won him the title of prodigy.