The Riemenschneider Bach Institute has the first printed editions of all five of Beethoven's piano concertos. His third, originally performed in 1803 at the Theater an der Wein in Vienna, and published in 1804, marks a transitional time in Beethoven's works. This piece sits on the border of what is generally thought to be his Early (-1803) and his Middle (1803-1814) periods. A PDF of the concerto can be found at https://digital.opal-libraries.org/digital/collection/p16708coll9/id/10/rec/3. 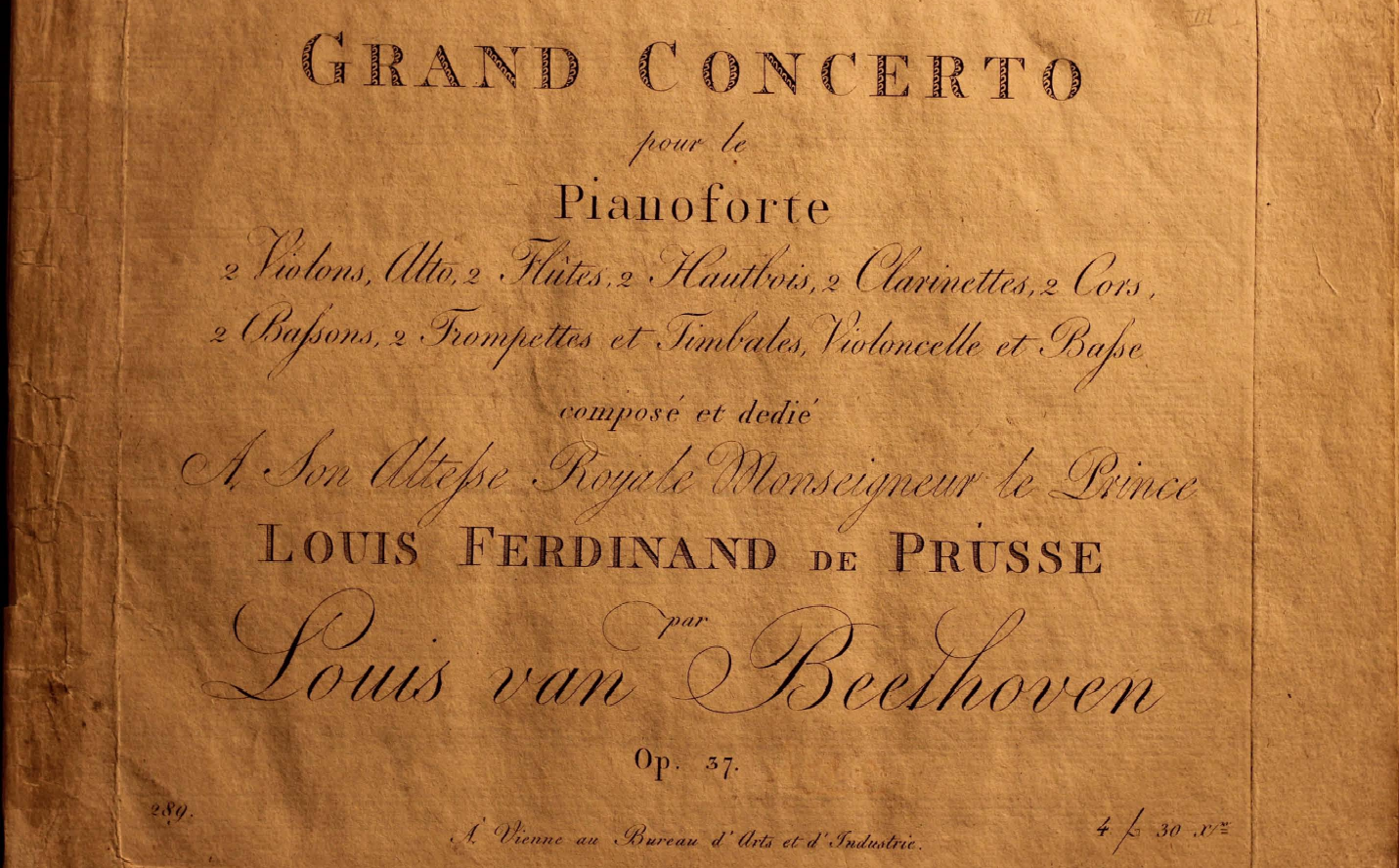 Beethoven’s third piano concerto in C minor was published in 1804, but many historians believe he started writing the piece in 1800. It is written for 2 flutes, 2 oboes, 2 clarinets, 2 bassoons, 2 horns, 2 trumpets, timpani, strings, and solo piano, which was a fairly typical orchestration for a concerto. The piece’s 35-minute duration is divided into three movements: Allegro con brio, Largo, and Rondo allegro. The first movement opens aggressively in C minor and follows a conventional form until the end, where even after the cadenza, the solo piano continues to feature virtuosic figures in a coda. The second movement is a slow, pensive Largo in E major. It features many quick and flourishing arpeggios supporting the introspective melody. It was unusual for the second movement’s key to be so unrelated, but it became fairly standard for Beethoven to use keys with a mediant relationship. The final movement also starts as a piano solo in E major, but Beethoven writes numerous G-naturals, a note that is non-diatonic to the key. With this note, he begins to invoke the starting key of the piece, C minor, and begins to transition back to this key. There is a short cadenza after which the time signature changes to 6/8 for a coda in C major that concludes the piece.