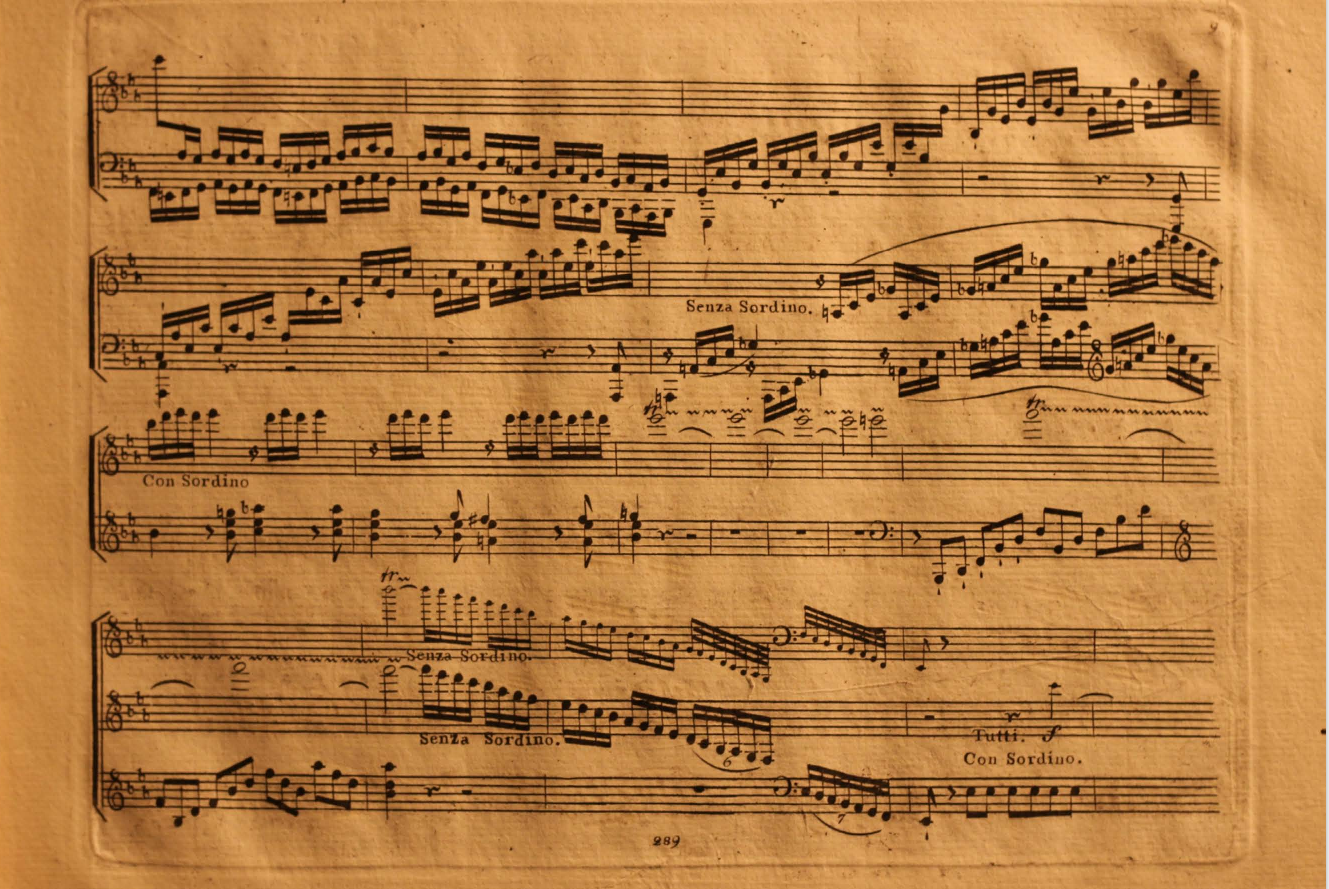 The Senza sordino  and con sordino markings in the music are terms introduced by Beethoven as pedaling markings (without damper and with damper respectively). In his time, pianos had knee levers instead of the modern pedals, and even though previous composers, including Mozart, had begun experimenting with dampers and levers, their use was never marked in the music. Beethoven did mark them with the above terms. However, this is a point of debate for many historians, as some say that the markings were followed exactly, with the piano ringing out throughout all the sections marked Senza sordino. Others believe that they are less strict markings and implied the need for pedaling in the specific areas marked, while unmarked areas can be left up to interpretation. Modern scores of this work use modern pedal notation, but do not include more markings. Having watched modern performances of this piece, I found that the pianists very clearly use the pedals many more times than notated in the score, signifying that modern performer interpretations view the pedal markings as larger scale markings, and will add their own smaller scale pedalings to control the ring of the instrument.