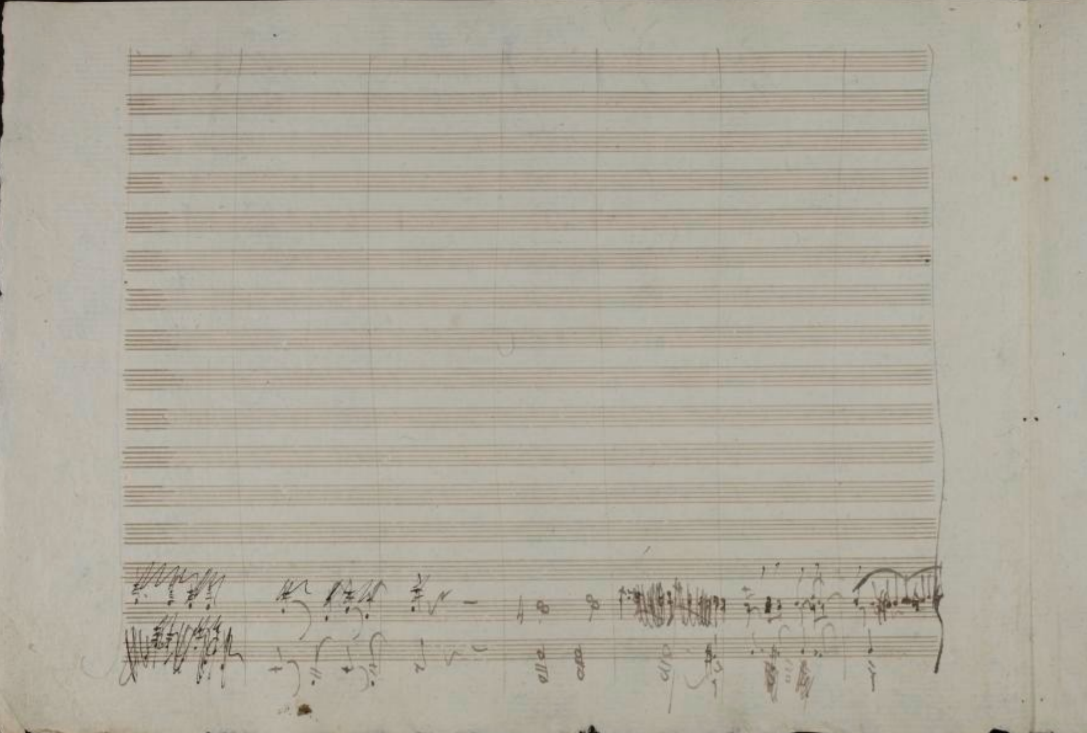 Beethoven had not finished writing the score for the premiere of this piece. At the time, there would have been many places for the soloist to improvise, so he left those spots blank. Beethoven would also have been conducting the orchestra as he played, so it was no problem to him; however, his page turner and friend Ignaz von Seyfried wrote: “I saw almost nothing but empty leaves; at the most, on one page or another a few Egyptian hieroglyphs, wholly unintelligible to me were scribbled down to serve as clues for him; for he played nearly all of the solo part from memory since, as was so often the case, he had not had time to set it all down on paper. He gave me a secret glance whenever he was at the end of one of the invisible passages, and my scarcely concealable anxiety not to miss the decisive moment amused him greatly and he laughed heartily at the jovial supper which we ate afterwards.”

Beethoven was also known for having finished writing some parts for an oratorio being performed at the same concert the morning of the concert. Both stories give an interesting insight to Beethoven’s personality as being slightly chaotic, but always totally in control.