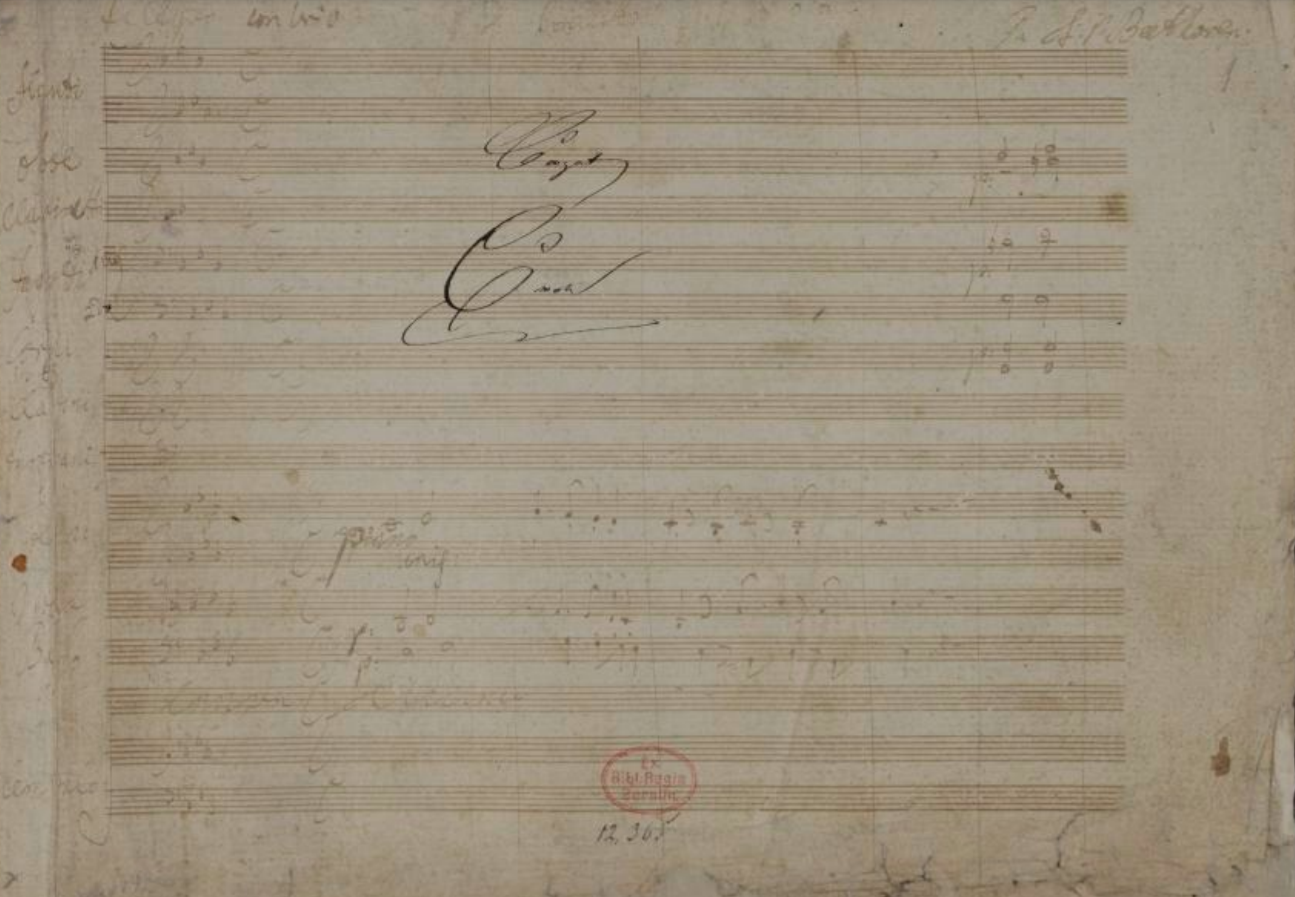 Scholars have found it difficult to know exactly when this piece was written. This edition was published in 1804, and the first performance was in 1803, but early drafts of the piece seem to date back to 1800. Beethoven did indeed start drafting the concerto in late 1799 to early 1800, but was also working on a number of other large pieces during that time. There were several occasions when this piece was pushed aside to prioritize others. Finally in 1802, a concert date was set for the following year, for which Beethoven decided to complete his third piano concerto. On some of the earliest versions of the concerto, versions that consisted of fragments of ideas jotted on paper, the date 1800 was found written by Beethoven himself. This piece of information confirmed the previously speculated dates and helped fill in the gaps of some seemingly missing sketchbooks from his collection. Almost every piece throughout his career started as a sketch in one of these books. Pages full of miscellaneous ideas were found in both professionally-made and hand-made sketchbooks and journals that he would carry around in his pockets. After 1798, he started using loose, single sheets of paper, which explains the missing sketches. The earliest full versions of the score, the autographed manuscript and the first publication were removed from the Berlin Staatsbibliothek for safekeeping during World War II. The location of the documents were then completely unknown and appeared to be missing until their return to the Deutche Staatsbilibothek more than 30 years later in 1977.