The Riemenschneider Bach Institute (RBI) holds several full opera scores. One is Mozart’s The Magic Flute, a popular German Singspiel that is one of Mozart’s most well-known operas. 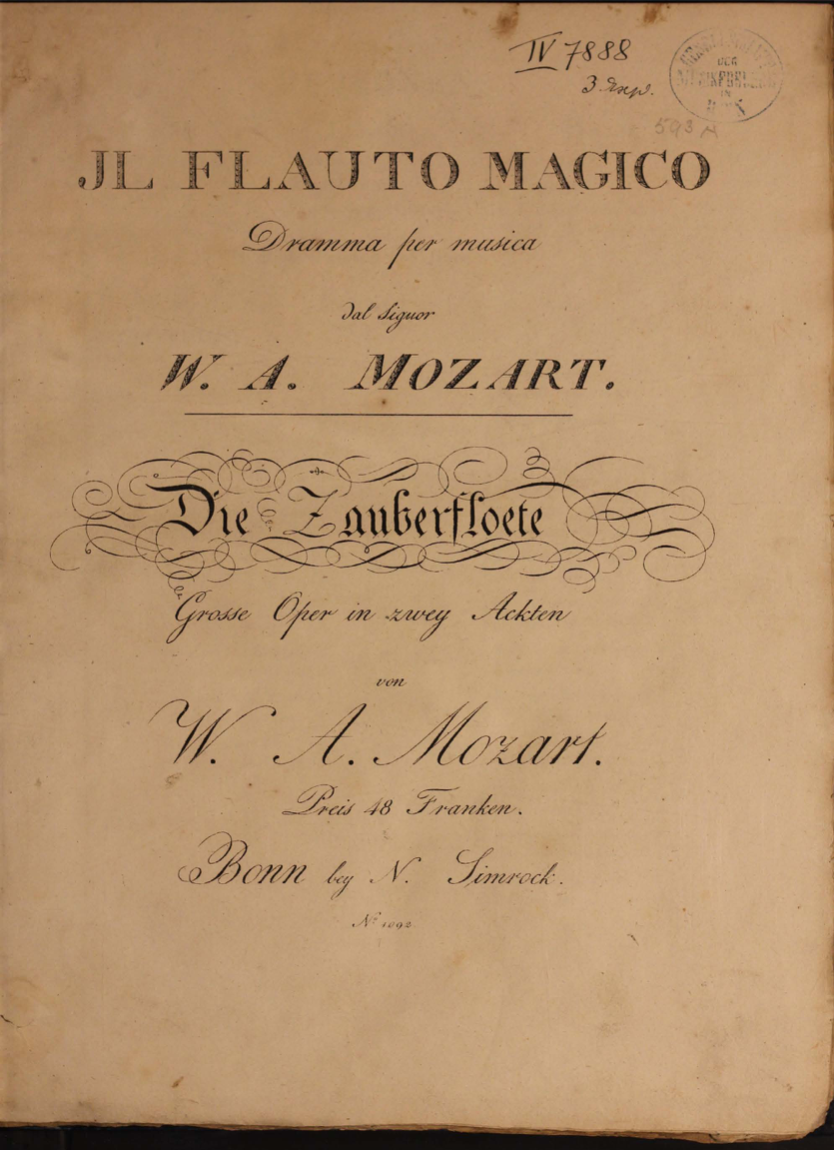 Wolfgang Amadeus Mozart was born in Salzburg, Austria. He was a child prodigy, touring Europe as a violinist and pianist with his father growing up. Being one of the first freelance musicians to date, Mozart had a lot of freedom with the kinds of music he composed. He wrote symphonies, chamber music, piano music, sonatas, concertos, and operas. Some of his other most famous operas he wrote included Le nozze di Figaro (1785) and Don Giovanni (1787). He wrote The Magic Flute late in his career; its opening date occurred in 1791 and then Mozart died that same year. He was only 35 years old when he passed away.

The Magic Flute is a Singspiel written in two acts. While Mozart wrote the score, the libretto was written by Emanuel Schikaneder. The opera premiered at the Theater auf der Wieden, a theatre located in Vienna, on September 30, 1791. Mozart was also working on La clemenza di Tito around the same time, which premiered before The Magic Flute. People of differing social classes attended these performances to good reviews and praise.