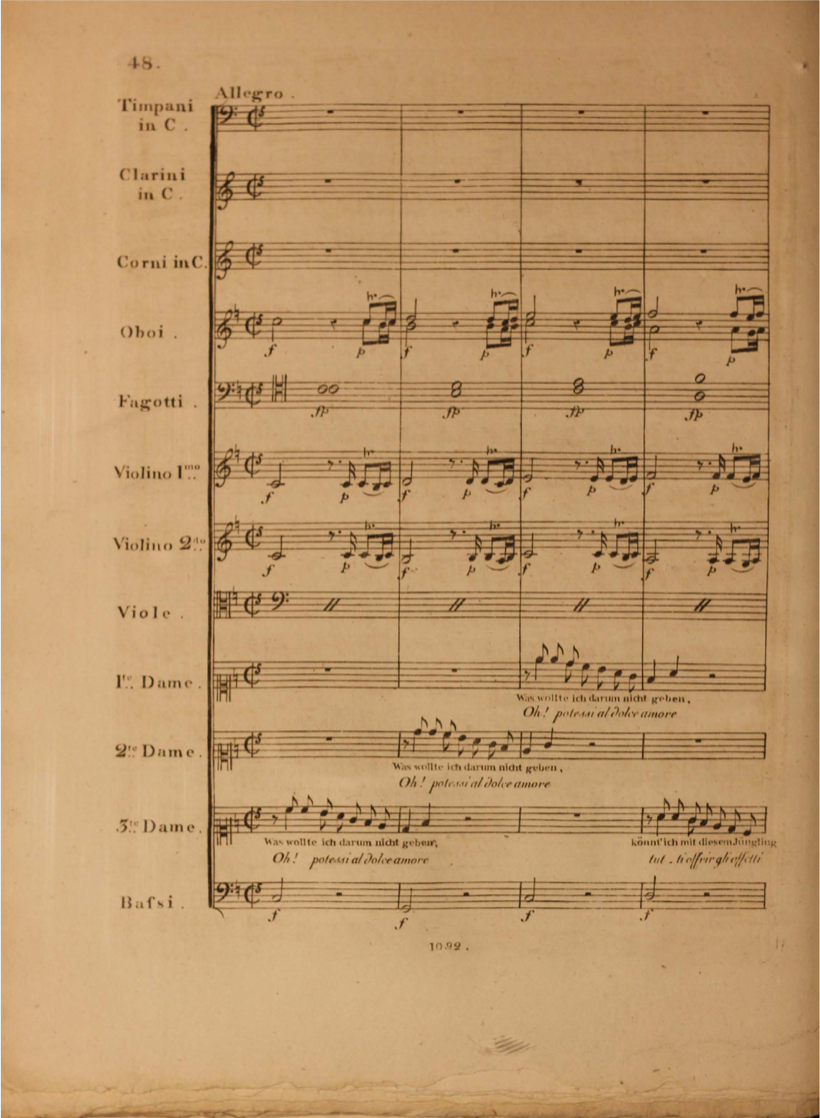 This score would not have been used for performance as this score only includes excerpts of the opera. This version would have been published to be purchased through music stores by customers who would like to look through parts of the score. Sections of the book could hypothetically be performed, as the full instrumentation is written out and all vocal lines are present, but since there are pieces missing from this version of the score, including any spoken dialogue, the full opera could not be performed with this alone.

The vocal parts of The Magic Flute include a full range of voices. When considering all of the characters and ensemble members, there is one coloratura soprano, six sopranos, two mezzo-sopranos, four tenors, four basses, and four speaking roles. The miscellaneous priests, slaves, attendances, and acolytes do not sing or speak at any point in the opera. This highlights the different class structures/importance of the characters throughout the opera, as only the most important characters that also hold roles positioned in priesthood or royalty are allowed to speak and sing. The other characters that have no lines are destined to move through their lives as appropriate to how the stories of the main characters are progressing.