This score was likely printed in Vienna, Mozart’s birthplace. Printing in Vienna began to grow, as the use of sheet music also increased. Music engraving was typical of the time, which was when someone would engrave the sheet music onto a type of metal plaque. Engraving music notation took a skilled hand, as well as, at least, a small understanding of music. Special tools were needed to carve the note heads, dynamics, and articulations. The plates were made of pewter, which ink stuck to differently than to copper. After the ink was applied, the plate would be pressed onto parchment and left to dry. The paper also had to have density because music was printed on both sides. One of the famous music engravers in Vienna was the Artaria Press, which was founded in the late eighteenth century by the Artaria family, coming from a background of art engraving. Within pages of this score, one can still see the pressure from the printing press, copying the page down hard onto the paper. 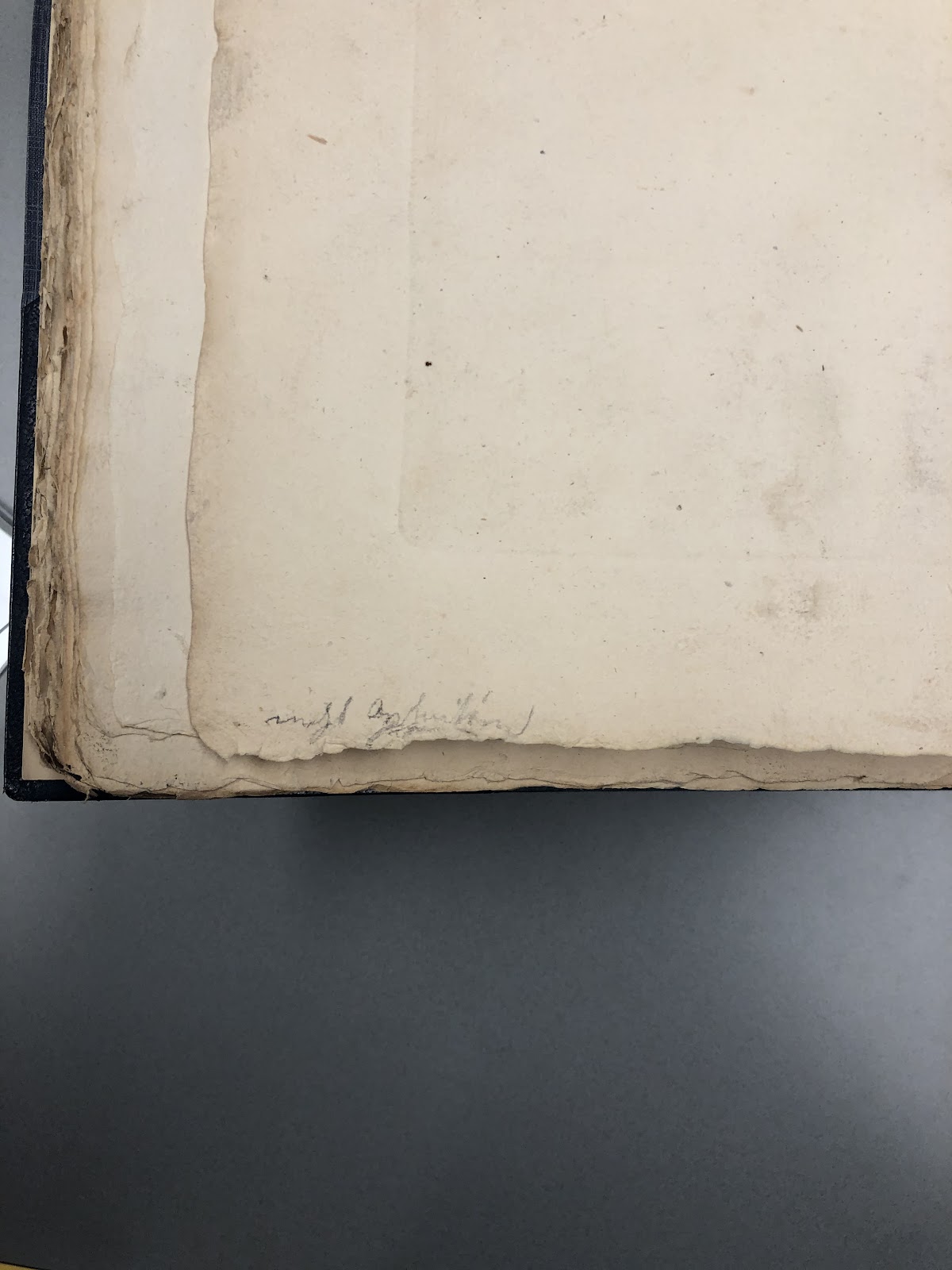 This copy features certain qualities that make it unique. There is a word found in the final page of this score, on the bottom left corner, which is still to be determined. It appears to be a German word, but unfortunately its identity remains undetermined. However, it could also be a signature. Perhaps it is from a publisher, a previous owner, or someone who was using the score; there are multiple possibilities of what its actual meaning and purpose is. Another interesting facet of this score is the marking found on the first page, in the top right corner, which was likely a price or a categorization number.