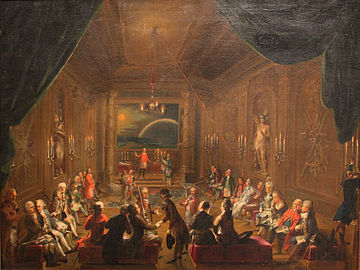 The plot of The Magic Flute is an allegory of Freemasonry, which is “the teachings and practices of the secret fraternal order of Free and Accepted Masons, the largest worldwide secret society” (Encyclopedia Brittanica). This religious society was founded in England in 1717 and spread, being active today with millions of members worldwide. Although this society is religious, it has been criticized by other organized religions (especially the Roman Catholic Church) for being mistaken as a Christian practice while being a non-Christian religion. At the time period when The Magic Flute was premiered, teachings focused on “morality, charity, and obedience to the law and land.” This group also only allowed adult men to join, with those who were Jewish, Catholic, and/or nonwhite men being denied entry. Mozart joined “Zur Wohltätigkeit,” a Viennese Masonic lodge, as an apprentice in 1784 and continued to practice Freemasonry throughout the rest of his life, keeping its teachings as an important part of his life and work.