Beethoven's Piano Concerto No. 1 is a work in three movements, which was published in 1801 despite being written nearly half a decade earlier. In it we can see Beethoven's developing Romantic form, the soloist's increased demands for virtuosity, and possibly even the "business" surrounding the score's initial construction. 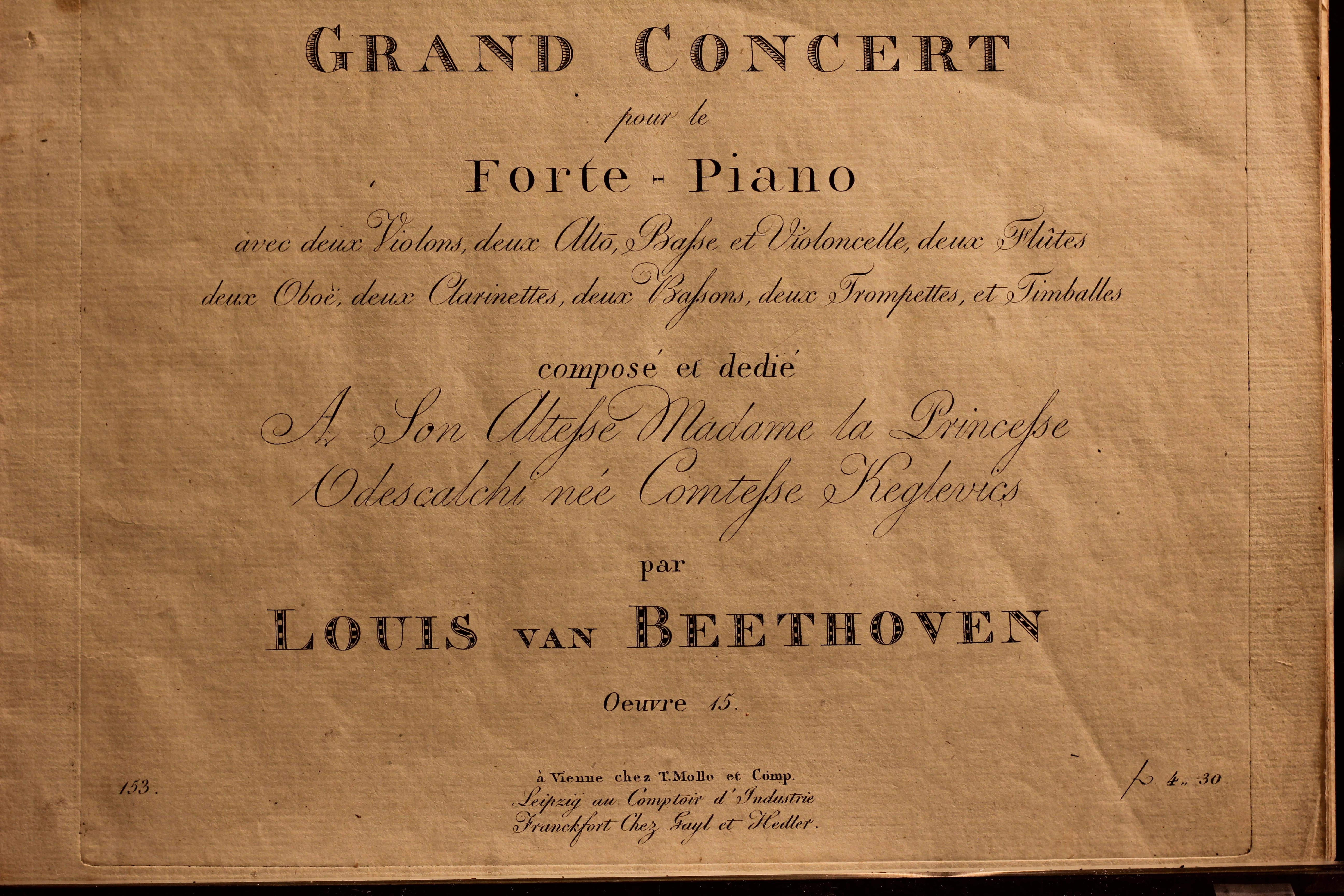 Origins and Description of Beethoven's Concerto No. 1

Beethoven initially wrote a few ideas for the concerto—one of these being the theme of the rondo—in 1793. The official composition began in 1795 as Beethoven wrote and completed large drafts of each movement. The Rondo was written two days before the performance of the concerto, as proven by testimony from Beethoven’s friend, Franz Gerhard Wegeler. Quoted by Leon Plantinga in Beethoven's Concertos, Wegeler stated that “‘Only on the afternoon two days before the performance of the first concerto (C major) did he write the Rondo … During the first rehearsal which took place in Beethoven’s room the next day, the piano was a semitone flatter than the wind instruments. Beethoven immediately ordered the winds as well as the other instruments to tune to B flat rather than A and he played his part in C sharp.’” While many researchers have argued whether or not Wegeler was truly speaking about the first concerto, his testimony is one of the few sources from this time period that mentions a key.

Sources from 1795 show most of the final form of the concerto, with future performances of the piece only including a revised cadenza and piano ornamentation. Beethoven wrote out the autograph in April 1800, at the time of his Burgtheater performance, with revisions in ornamentation and figuration. After this performance, Beethoven decided that he had performed the piece himself enough and made arrangements in December to publish the autograph version. The Concerto was finally published in March 1801.

If you would like to see the genius at work in the "literary" sense, here is a link to his autograph of the score,

Many thanks to the Staatsbibliothek of Berlin for preserving this piece and sharing it with the rest of the world.