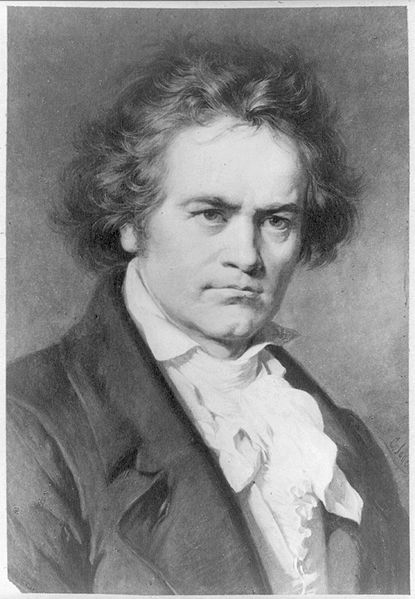 Analysis of the Concerto's Form

Beethoven’s C Major Concerto showcases the main characteristic of his Early Period writings (i.e. following traditional, structural patterns established by earlier classical composers such as Mozart). This adherence to tradition can be seen through the use of a rather long orchestral exposition as well as a slower, more tender second movement. However, as the concerto progresses, Beethoven’s individuality shines through as he whisks us away through intense modulations and scalar passages.

The first movement is in a concerto-sonata form, beginning with a four note opening motive from the orchestra that recurs throughout the movement. Three versions of the cadenza were written for this movement; the latest is the most commonly used in modern performances.

The second movement follows an ABA’ ternary form with a coda. It features an “Italian cantilena” style, with its warm, melodic mood. Beethoven does this by frequently featuring the clarinet, or what Ney-Gin Yeh calls the “‘dark sister of the oboe,’” throughout the movement. The clarinet plays a particularly significant role in the coda section, acting as part of a duet with the solo piano.

The third movement consists of a seven-part rondo form, also known as sonata-rondo form. The movement features a playful characteristic, with the main theme derived from the Austrian folk song “In Mantua in Banden der treue Hofer saß” (In Mantua, in chains, sat loyal [Andreas] Hofer") The movement ends with a triumphant orchestral section immediately after a slow oboe passage, returning to the exultant character of the first movement.

For more information on the structure of this piece, look at Gloria Nye-Gin Yeh's dissertation here: https://etd.ohiolink.edu/rws_etd/send_file/send?accession=osu1487856076414021&disposition=inline.