Page 11 of the Piano Score 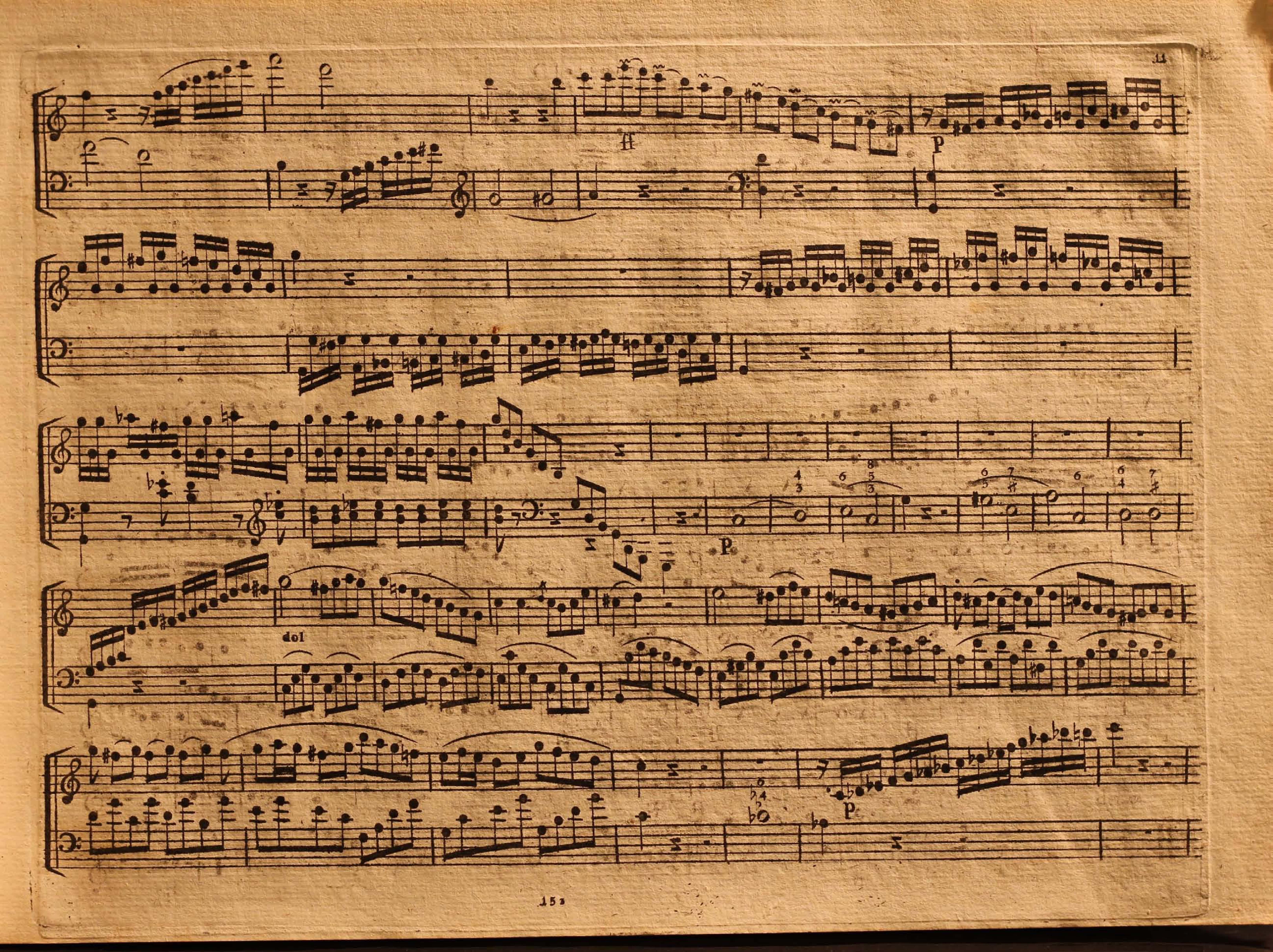 Throughout the RBI score, there are many fascinating tidbits that will interest students and music lovers alike.

Speaking of the conductor, there are no rehearsal markings or measure numbers, meaning the conductor either had a much greater, more substantial amount of time to prepare his orchestra, or he had a massive headache trying to get everyone on the right page.

There is a stain on page 6 of the piano score that is unidentifiable at the current moment.

Most triplet figures, such as the ones on page 9 of the piano score, are not notated like our modern day notation with a 3 underneath them, meaning that the performer was expected to know what they were and be able to perform them without having to be continually reminded.

Page 11 of the piano score (Left) has an overlay of ink from a different page, and we don't know where it is from. There is a similar overlay on page 12 as well, but that one is much more faint.

The V.S. at the bottom of many of the piano's pages means "Volti Subito," meaning "Turn Page Quickly."

Pages 18, 24, and 27 of piano score help to demonstrate some of the "limits" of notation at the time, providing us with a rather funny looking trill, some quirky beaming in the left hand, and roller coaster slurs.

Despite Beethoven having written out three different sketches, the cadenza in the first movement is not written out, and is replaced by a simple fermata instead.

The clarinet part is fascinating as well, because the first movement is noted as "Concerto in C," but then the second movement is noted as "Largo in B." What does that mean? And why does the key signature in the Clarinet's Largo differ from the rest of the orchestra's? Well, the "Concerto in C" actually means that the performer is playing the first movement with a C Clarinet (a clarinet that produces the pitch it sees, i.e. if a middle C is written, the clarinet will sound a middle C) and the "Largo in B" means that they are playing a B♭ Clarinet (if a middle C is written, it will sound a B♭). One might think this is not the case because it is written as "Largo in B," but the fact of the matter is that Germans call the English B♭ a "B" and the English B♮ an "H." From our perspective, the translator must have expected that most Europeans understood this widespread notational convention.