Following Eddie Finnigan's resignation to move to Western Reserve University April 1, the B-W athletic board appointed student Ted Theodore of Cleveland as temporary coach to direct the track team in its 1951 spring season.

Theodore, four - letter - winner in track here and captain of the team last year, is finishing up his scholastic work at B-W this quarter.

During his time at B-W, Theodore was an exceptional athlete. His abilities grabbed the attention of many even early on as a student at East Tech High, where Jesse Owens and Harrison Dillard attended. Few of his peers could hold a candle to his abilities on the track. The one exception being Dillard, whose time on campus overlapped with Theodore’s. After hanging up the cleats, Theodore taught art at Berea. During the 2002 Olympic games, he was given the opportunity to carry the Olympic Torch.

Stanley Tolliver was a student at Baldwin-Wallace starting in 1944 and graduating in 1948. While at Baldwin-Wallace he was involved in track, the debate team, theater and helped found Beta Sigma Tau (merged with Pi Lambda Phi). After Baldwin-Wallace, he studied law and served as legal counsel for a number of organizations and also Martin Luther King, Jr. He was a leader in the desegregation movement of Cleveland Public Schools. In 1977, he was elected to the U.S. Supreme Court. He was a member of the NAACP. 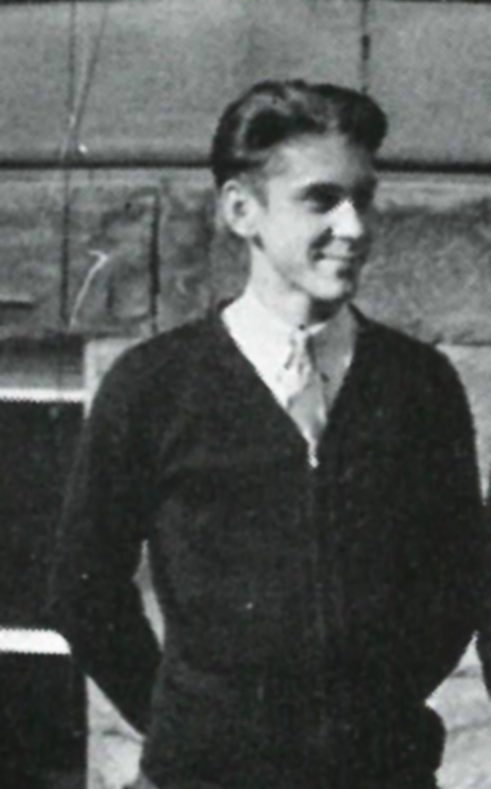 John C. Turton, ex '42, is a veteran United States pilot with Montgomery's Eighth Army in North Africa. With the British army in the battle of El Alemein, Lieutenant Turton had twenty bombing missions to his credit when he started the fifteen hundred mile trek across the desert with Montgomery. An experienced bomber pilot, John has had thrilling experiences in instrument flying through the desert night which we hope we may learn more about when the boys come home. His letters to parents and friends tell of leaves in Syria and the Holy Land, baths in a quart of water and amusement with his squirrel size, one pound pair of pet Marmoset monkeys.

John, who is another of the boys of whom Baldwin-Wallace is justly proud, enlisted in September, 1941 and was assigned as a bomber pilot overseas in July 1942.